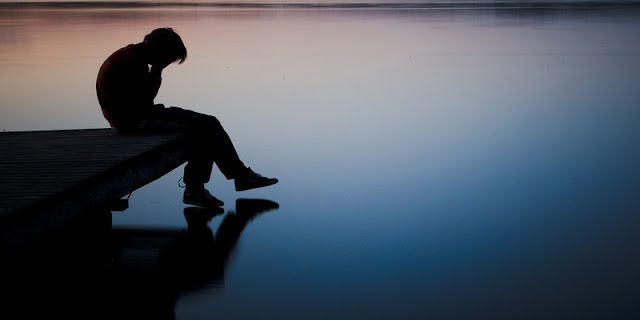 Abu Sa`id and Abu Hurairah (May Allah be pleased with them) reported that the Prophet (peace and blessings be upon him) said,

“No fatigue, nor disease, nor anxiety, nor sadness, nor hurt, nor distress befalls a Muslim, even if it were the prick he receives from a thorn, but that Allah expiates some of his sins for that” (Al-Bukhari and Muslim).

This world is no more than a test in which all humans are bound to face some hardships and challenges that reveal their patience and steadfastness.

The forms of this test are numerous and diverse: Some people suffer poverty, some suffer physical illnesses, some live in a state of insecurity, some are deprived of their cherished and beloved ones, and still others suffer psychiatric disorders. Referring to this fact, Allah says:

{And surely We shall try you with something of fear and hunger, and loss of wealth and lives and crops; but give glad tidings to the patient, Who says, when afflicted with calamity: “To Allah We belong, and to Him is our return”: They are those on whom (descend) Blessings from Allah, and Mercy, and they are the ones that receive guidance.} (Al-Baqarah 2:155-157)

In another verse, He Almighty says:

{He Who created Death and Life, that He may try which of you is best in deed: and He is the Exalted in Might, Oft-Forgiving.} (Al-Mulk 67:2)

Since trials and hardships are inevitable, Islam does not let them pass by without instructing Muslims on the best course of action or by guiding them to the safest and most appropriate attitude. The Hadith reveals one dimension of Islam’s recipe for successfully dealing with life’s challenges.

In order to balance the negative effects posed by afflictions, Islam draws our attention to their expected fruit. Problems and troubles serve as means to expiate sins and elevate the believer’s rank in the Hereafter.

This optimistic and positive approach safeguards one from falling prey to despair and grief. Here, it is fitting to cite some Prophetic hadiths that emphasize this concept:

Abu Yahya Suhaib bin Sinan (May Allah be pleased with him) reported: The Messenger of Allah (peace and blessings be upon him) said,

Abu Hurairah (May Allah be pleased with him) reported: The Messenger of Allah (peace and blessings be upon him) said, “He whom Allah intends good, He makes him to suffer from some affliction” (Al-Bukhari).

Abu Hurairah (May Allah be pleased with him) reported: The Messenger of Allah (peace and blessings be upon him) said, “A Muslim, male or female, continues to remain under trial in respect of his life, property, and offspring until he faces Allah, the Exalted, with no sin record” (At-Tirmidhi).

The above hadiths should not be mistaken for a call to fatalism and defeatism. The message the hadiths convey is that every Muslim should expect hardships and prepare to weather them. This point makes a distinction between one who trusts in Allah and believes in His mercy and one who feels that he is alone in this world, that he faces its formidable challenges isolated from any source of support or assistance.

So, these hadiths are meant to infuse the Muslim with hope and vigor and drive away the destructive thoughts of failure and hopelessness. To get a better understanding of them, they should be considered light of the following hadiths:

The Messenger of Allah (peace and blessings be upon him) said, “A strong believer is better and dearer to Allah than a weak one, and both are good.

Adhere to that which is beneficial for you. Keep asking Allah for help and do not refrain from it.

(If you are afflicted in any way), do not say: ‘If I had taken this or that step, it would have resulted into such and such,’ but say only: ‘Allah so determined and did as He willed.’ The word ‘if’ opens the gates of satanic (thoughts)” (Muslim).

In line with this hadith comes the Prophet’s advice to his cousin Ibn `Abbas (may Allah be pleased with him) to know that with patience comes victory, with distress comes relief, and with hardship comes ease.

In this respect, one idea may be a source of worry and disturbance. How can we approach afflictions with such optimism when they are clear signs of Allah’s wrath and manifestations of His punishment? Has not Allah said,

{Whatever misfortune happens to you, is because of the things your hands have wrought, and for many (of them) He grants forgiveness} (Ash-Shura 42:30)?

Actually, these questions haunts many people, especially the practicing ones when they are afflicted with a calamity, deprived of a cherished person, or plagued with an illness. The problem is that in many cases this thought becomes a source of frustration and depression.

Instead of being an incentive to hastening to Allah and drawing closer to him, the idea serves sometimes as a dispiriting factor. So, let’s see how the Companions viewed the above verse and how they took it positively and optimistically.

In his comment on this verse, Imam Al-Qurtubi reports that `Ali (may Allah be pleased with him) said,

“This verse is the most hopeful one in the Quran; if my sins are to be expiated through afflictions and calamities, and in addition to that, Allah forgives many other sins, then what will remain after such expiation and forgiveness?”

True, life’s disasters leave hearts broken and loved ones deprived, but the bright believer knows how turn them into a source of determination and a fountain of strength.

I conclude with the beautiful authentic hadith in which the Prophet (peace and blessings be upon him) tells us that the people who face the harshest trial (bla’) are the prophets, then those next to them (in faith and devotion), and then the next. Everyone will be tried according to his level of faith; one who has strong faith will undergo a harsh trial and one who is of weak faith will receive a weak trial. And the affliction will encompass one until he becomes free of sins altogether.