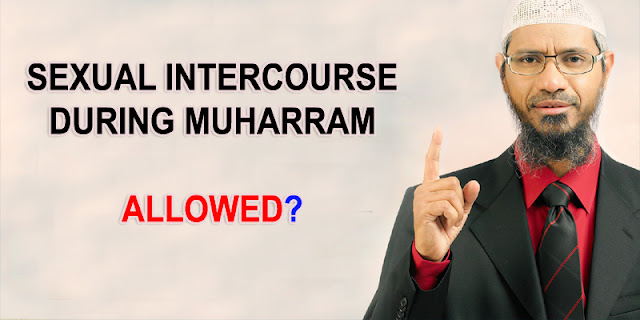 Praise Be To Allah.

There is no ban on sexual intercourse during the month of Muharram except during the daytime if and when we are fasting.

There is nothing in the sources of Islam to forbid Muslims from engaging in sexual intercourse with their spouses during the month of Muharram.

However, it must be stated clearly and emphatically that no sexual intercourse is allowed while we are fasting, and it should be common knowledge that we are recommended to fast on the ninth as well as the tenth of Muharram.

It should be comforting for us to know that, in Islam, no one is allowed to declare things as haram (forbidden) based on pure whims and fancies without the sanction of revelation.

There is nothing in the Qur’an to indicate that we are barred from getting married or forging marital unions during the month of Muharram; nor there is anything in the Prophet’s traditions or in the traditions of pious forbears or in the teachings of the authentic schools of jurisprudence to that effect. If there had been such a thing, it would have been definitely transmitted to us in a clear way.

Therefore, if anyone still persists in such beliefs or practices, they are doing so based solely on customs and conventions that have no basis in authentic religious knowledge. It is high time that we isolate such customs from the pristine religious beliefs and practices.

In conclusion, there is no ban on sexual intercourse during the month of Muharram except during the daytime if and when we are fasting.