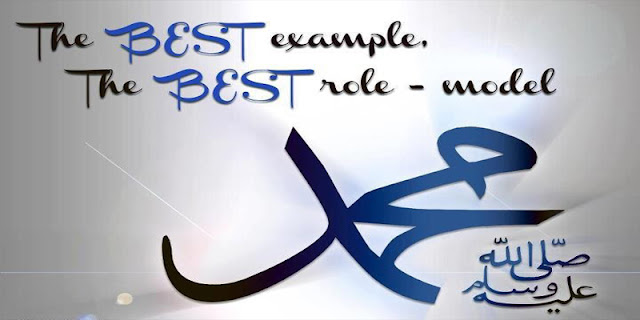 {And (it is) a Quran which We have divided (into parts), in order that you might recite it to men at intervals. And We have revealed it by stages.} (Quran 17:106)

Some of the most influential people in our lives are teachers.

And most of us can remember our very first teacher in school, the one who taught us our ABC’s and the proper rules of the playground.

As we have progressed from toddler to adult, there have been countless teachers along the way who helped us on our journey to adulthood and even beyond.

The high school math teacher who helped you to perfect your Algebra or the college professor that taught you the spirit of debate, the very fabric of our being is heavily influenced by teachers who guided us in our educational journeys.

In Islam, there is only one teacher who has laid out the groundwork for the spiritual education of mankind, by the Grace of God Almighty.

The Prophet Muhammad (peace be upon him), an illiterate man, was chosen by God Almighty to be the Final Messenger and perfect teacher to Muslims.

Known as the “Living Quran”, Prophet Muhammad was charged with reciting and conveying the message of the Quran to all of mankind. However, he was no ordinary teacher. In fact, he set the ideal standard of education over a thousand years ago and the effects are still being felt today.

There are innumerable ways in which Prophet Muhammad was, and still is, the greatest teacher to have ever lived. Here are just a few!

NO STUDENT LEFT BEHIND

In classrooms all over the world, it is a common practice for teachers to separate the strong students from the weak. The latter of which are delegated to less challenging classes that do nothing to nurture the mind while the “smarter” students are given every opportunity to excel.

Prophet Muhammad made no distinction between students based on intelligence level, social standing or any other classification that separates us in society. He also never sought to exclude or expel anyone from the religion of Islam, but rather delivered a message that was all-inclusive to the whole of mankind. The Prophet Muhammad said:

“By Allah! If He may guide through you a single man to Islam, it would be better for you than red camels.” (Al-Bukhari)

By setting this example of inclusion, Muslims have a tangible example of how to attract others to the Islamic faith.

Perhaps one of the greatest qualities that made Prophet Muhammad such a phenomenal teacher is that he led by example.

Most of us, at some point or another, have come across at least one teacher that was inaudible or spoke so fast that it was next to impossible to understand what was being said let alone taught. Even today, the rapid pace in which most educators speak is overlooked so as to cram as much information into each lesson as possible.

Prophet Muhammad was methodical in his teaching methods and never rushed his lessons. According to his beloved wife Aisha, he:

“…spoke in such a way that if one were to count his words, they could be counted.” (Al-Bukhari)

The Prophet also, according to his companions, would repeat his words thrice. The words that he spoke and the lessons he delivered were unambiguous, which helped students of Islam excel at perfecting their faith and committing the Quran to their hearts. The perfection of Prophet Muhammad’s speech was intentional as a means to really drive the message home to each one of his students through repetition, which is an excellent learning tool.

Perhaps one of the greatest qualities that made Prophet Muhammad such a phenomenal teacher is that he led by example. He often lectured to his companions about the Oneness of God Almighty, living a life in accordance with Islam and being mindful of the Hereafter.

In every aspect of his life, Prophet Muhammad was an exemplar and practiced what he preached. This made it easy for his companions to see, up close and personal, how to live their lives in accordance with the Quran and Sunnah. As God Almighty says in the Quran:

{There has certainly been for you in the Messenger of Allah an excellent pattern for anyone whose hope is in Allah and the Last Day and [who] remembers Allah often.} (33:21)

If Prophet Muhammad had not lived every aspect of the Quran in minute detail, it would have had a derogatory effect on the level of trust that he had developed with his companions.

How many times, especially in the inner city schools of America, have you heard of teachers lamenting “tough” students and throwing in the towel?

For many teachers, there is a very fine line between reaching out to students in the spirit of understanding and not being able to get through to the students who fight every step of the way.

The Prophet Muhammad was met with an enormous amount of disdain and outright hatred as he began teaching the message of Islam at the onset of his Prophethood. In Makkah, he spent thirteen years in an attempt to teach his misguided people about the message of the Quran and was met with violent resistance every step of the way with only a minority of his people embracing Islam.

Prophet Muhammad met similar, albeit less, conflict after settling in Madinah and not once did he even consider quitting. Some of the finest personal attributes that helped to strengthen his resolve and reinforce his dedication to his mission included wisdom, patience and a willingness to make sacrifices for the sake of Allah Almighty.

The method in which Prophet Muhammad taught the message of Islam to his companions had a ripple effect that has transcended centuries to make Islam the world’s fastest growing religion today.

Whether you are a new Muslim or a born-Muslim, the example of Prophet Muhammad as a gifted teacher is a unifying force in the Islamic world and continues to be a catalyst for greater understanding through education.