HOW TO AVOID LACK OF CONCENTRATION IN PRAYERS 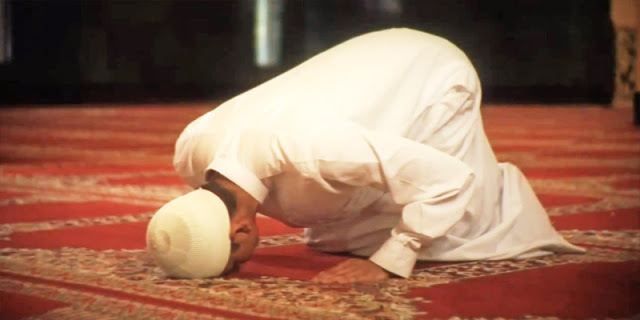 1- Prayer helps people to avoid profanity and sins and to uproot evil from their souls.

2- Prayers must be performed with complete khushu` (concentration) and recited with sincerity to Almighty Allah.

3- If someone does not have khushu`during their prayers, their prayers would not be invalidated although their reward would be reduced.

4- Muslims should try to avoid any distractions as much as they can during their prayers and should focus their concentration.

Sheikh Mahmoud Shaltut, the late Grand Sheikh of Al-Azhar (may Allah have mercy upon him) stated the following:

Almighty Allah ordains Muslims to perform prayer and urges them to do this with complete concentration and true sincerity. In the Qur’an, Allah Most High says, “Be guardians of your prayers, and of the midmost prayer, and stand up with devotion to Allah” (Al-Baqarah 2:238). The midmost prayer is usually described by scholars as the most praiseworthy of being performed with khushu`.

Besides, Almighty Allah relates the believers’ true success (in their relation with Him) to the humbleness and concentration they show in prayer, as He Almighty says: “Successful indeed are the believers, who are humble in their prayers” (Al-Mu’minun 23:1-2).

Prayer helps people to avoid profanity and sins and to uproot evil from their souls. Prayers must be performed with complete khushu`(concentration) and recited with sincerity to Almighty Allah.

ALLAH ALMIGHTY DOES NOT OVERBURDEN PEOPLE

Almighty Allah knows the nature and inmost thoughts of His creation, and thus He is aware that it is not always easy for people to concentrate their attention on something. Hence, He Most High considers that it is sufficient for a prayer to be valid that its conditions and obligatory acts are performed as they should be done for Allah’s sake. One’s face should be turned towards the direction of prayer and one should say humbly, ”Allah is the Greatest.” Then Almighty Allah urges Muslims to resist the thoughts and distractions that divert them from experiencing the spiritual pleasure that they find when they concentrate with their heart and soul on their prayer.

The Prophet (peace and blessings be upon him) made it clear that the distractions that divert one from submitting oneself thoroughly to Almighty Allah during prayer are due to the Satan’s insinuations that confuse one during prayer, and also due to one’s lacking perseverance in resisting these insinuations.

When the adhan is pronounced, Satan takes to his heels and passes wind with noise during his flight in order not to hear the adhan. When the adhan is completed, he comes back and again takes to his heels when the iqamah (call to commence prayer) is called and after its completion, he returns till he whispers into the heart of the person (to divert his attention from prayer) and makes him remember things which he does not recall to his mind before the prayer and that causes him to forget how many rak`ahs he has prayed. If anyone of you has such a thing (forgetting the number of rak`ahs he has prayed) he should perform two prostrations (of forgetfulness) while sitting. (Al-Bukhari and Muslim)

According to the above hadith, the distracting thoughts that occur during prayer are satanic insinuations that Muslims should resist in their prayers as well as in their lives. The hadith indicates also that it is out of Allah’s mercy to people that He considers the difficulty of their situation on resisting distraction during prayer and thus still regards it as valid.

Hence, when Muslims stand before Almighty Allah in prayer, they should remember that Satan is present and ready to distract them from their prayers. In this case, Muslims should remember Almighty Allah and humbly contemplate the meanings of the Qur’an and the exaltations and glorifications they say during the different stages of prayer.

If Muslims train themselves to do this time after time, they will be able to avoid these satanic distractions. But if they cannot do this, they will deviate from the spiritual pleasure of the prayer and turn it to a mechanical exercise that does not uplift their souls or affect their feelings.

It is worth mentioning also that it is a natural characteristic in humans that they cannot focus their attention on more than one thing at a time, and that if people’s senses are directed towards certain points in the place, one’s concentration will focus thereon, without being distracted elsewhere.

Therefore, scholars who have tried hard to resist distraction during prayer and proved successful in this regard advise that when in prayer, Muslims should look at the place of prostration while standing in prayer, the upper part of their feet while bowing, and the tips of their nose while prostrating. They should try to concentrate on these places and contemplate the meanings of the exaltations and Qur’anic verses they are reciting.

We sincerely hope that Muslims perform their prayers perfectly and get the spiritual pleasure that uplifts their souls and brings them the utmost happiness which the Prophet (peace and blessings be upon him) used to find in prayer.