GIVING A GIFT TO A QUR’AAN TEACHER 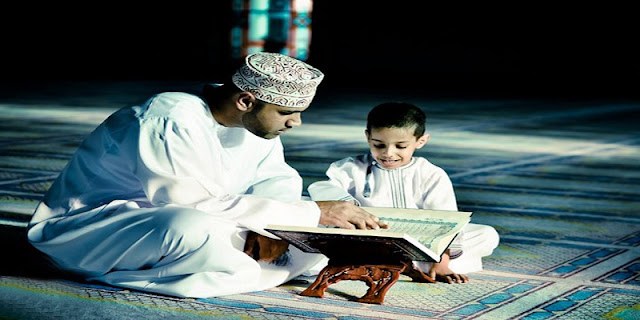 Gifts given to a Qur’aan teacher are subject to further discussion, as follows:

Firstly: if the teacher is teaching a number of students, and he gives them certificates and grades, it is not permissible for him to accept a gift from any of them, because that usually leads to him becoming biased towards that student and preferring him over others, and the others becoming resentful.

Shaykh Ibn ‘Uthaymeen (may Allaah have mercy on him) was asked: some of the female students give their teachers gifts on special occasions. In some cases the teacher is teaching (the giver) now, and in some cases she is not teaching her now but it is possible that she will teach her in the coming years, and in some cases it is not possible that she will teach (the giver) because she has already graduated. What is the ruling in these cases?

In the third case there is nothing wrong with it. As for the first two cases, that is not permissible, even if the gift is for having a baby or something else, because this gift may lead to the teacher showing bias.

Shaykh Ibn Jibreen (may Allaah preserve him) was asked about a teacher working in a Qur’aan memorization school which belongs to al-Jamaa’ah al-Khayriyyah li Tahfeez al-Qur’aan il-Kareem (Charitable organization for memorization of the Qur’aan) does not receive any payment for her teaching. At the end of the school year, after the certificates have been given to the students, they may give her a gift of gold or something similar. What is the ruling on her accepting this gift? Refusing the gift would break her students’ hearts and upset them, especially since she has given gifts to them.

He replied: If a student has completed her studies and will be leaving the school, there is no bribery in this case. But if the teacher-student relationship will continue, there is the fear that this gift may cause the teacher to be biased in favour of that student, so that she may overlook her mistakes and not be fair to her and the other students.

Some of them said it is permissible if it is given willingly on the part of the student. They quoted as evidence reports which may be taken as meaning that it is permissible to accept payment for teaching Qur’aan, such as the words of the Prophet (peace and blessings of Allaah be upon him) in the story of the one who was stung by a scorpion: “Among the most lawful of payments that you accept is for the Book of Allaah.” Narrated by al-Bukhaari (5737). If payment is permitted, then a gift is more likely to be permissible.

They interpreted the hadeeth of ‘Ubaadah which is quoted above (the hadeeth of the bow) as having happened at a time when the people were in need of those who could teach them Qur’aan, so this was a measure aimed at preventing people from putting a price on the teaching of Qur’aan lest the poor among the Muslims be deprived of it. This may be supported by the fact that is mentioned in the hadeeth itself, that the people who were taught were ahl ahl-suffah, and ahl al-suffah were poor people who lived on people’s charity, and they deserved to be given money, not have it taken from them.

Ibn Muflih (may Allaah have mercy on him) said in al-Adaab al-Shar’iyyah (1/298): Our companions said concerning the teacher: if he is given something unconditionally, it is permissible. This is what may be understood from the words of Ahmad. Some of the scholars regarded it as makrooh because of the hadeeth of the bow.

In Haashiyat al-Qalyoobi wa ‘Umayrah (4/304) it says: It is mustahabb for a mufti, teacher of Qur’aan and preacher to accept a gift if it is given purely for the sake of Allaah, otherwise it is better for him not to accept it, rather it is haraam if he does not know that it is given willingly. End quote.

Based on the above, if this teacher does that which is better, and does not accept gifts from her students, then may Allaah reward her with good. She should beware of accepting gifts, for people by their nature are inclined to favour those who treat them kindly, which may lead to preferring and favouring some students, whether one realizes it or not.

We ask Allaah to guide us and help us to memorize His Book and act in accordance with it.