7 WAYS TO KNOW ISLAM IS THE TRUTH 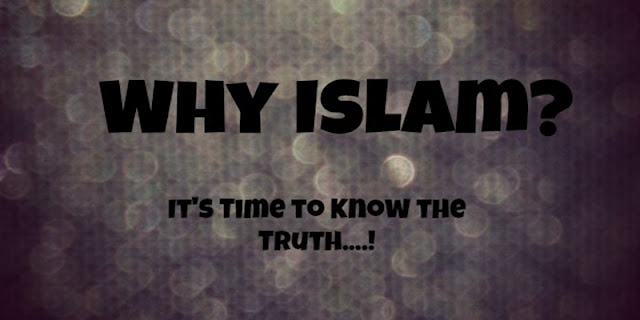 We all have our doubts. It is as normal as breathing. Many wonder if their faith is baseless, if they would not be another faith if they had been born into a different family, if they might have been from a different country would they have a different belief system.

Islam does not reject these questions and in fact encourages discovery and reason when approaching faith. So it is not a negative thing to question. God consciousness can only be built on a firm foundation of knowledge.

Allah tells us in the Quran that: {it is only those who have knowledge among His servants that fear Allah} (35:28).

Here are seven ways to know that Islam is the complete and perfect truth for all mankind.

Every Prophet was sent by God to mankind to deliver a simple message: That God is one. In the Bible, Mark 12:29, Jesus (peace be upon him) said:

“hear, O Israel: The Lord our God is one Lord.” And “God said moreover unto Moses, thus shalt thou say unto the children of Israel, The LORD God of your fathers, the God of Abraham, the God of Isaac, and the God of Jacob, hath sent me unto you: this is my name for ever, and this is my memorial unto all generations.” (Exodus 3:15) [emphasis added]

The message of Islam remains the same, worship God alone and follow His messengers, as it was from the first human being.

Allah promises us in the Quran that: {Indeed, it is We who sent down the Quran and indeed, We will be its guardian.} (Quran 15:9)

The Quran was written down during the life and times of the Prophet Muhammad (peace be upon him). Not only did that ensure its survival after the prophet’s life, the Quran was also memorized by hundreds and thousands of people and it was spread word for word throughout Arabia.

According to Lost Islamic History, “those who had heard verses from the Prophet would go and spread them to tribes far away, who would also memorize them. In this way, the Quran achieved a literary status known among the Arabs as mutawatir. Mutawatir means that it was so vastly disseminated to so many different groups of people, who all had the same exact wording.” (Source)

Every word, letter and even every pause of the Quran has been passed down and remains the same till this day, over 1400 years after its revelation.

3- ISLAM PROMOTES THE USE OF LOGIC, REASON, AND KNOWLEDGE

Mankind was given logic and intellect for a reason. God would never ask us to set it aside when it comes to faith and belief in Him. Without the use of our intellect, faith is rendered weak.

God understands that man needs proof in order to have deeper faith. Even Abraham (peace be upon him) asked God to give him a sign so his faith could be firm. And God did so through the birds Abraham trained and called back to himself after their death. God also provides such proof in Islam. The Quran presents reasoning and encourages people to think about the signs of creation and the signs of the Quran.

{[This is] a blessed Book which We have revealed to you, [O Muhammad], that they might reflect upon its verses and that those of understanding would be reminded.} (Quran 38:29)

And many of these signs come in the form of scientific miracles.

Some of the proofs of Islam are only now being discovered as humankind makes scientific discoveries. Some of these scientific proofs include:

–The seas do not mingle with one another

This is called the Halocline phenomenon and was discovered only in the late 19th century at the very earliest (13 centuries after the revelation in the Quran), until then it was believed that the seas where just one homogeneous, free flowing body.

Because of the physical force called ‘surface tension,’ the waters of neighboring seas do not mix. Caused by the difference in the density of their waters, surface tension prevents them from mingling with one another, just as if a thin wall were between them.

–The expansion of the universe

{And the heaven We constructed with strength, and indeed, We are [its] expander.} (Quran 51:47)

At the beginning of the 20th century, the only view in the scientific community was that the universe was fixed in size and infinite in existence. However, modern research has revealed that the universe in fact had a beginning and that it constantly “expands.”

(Source) A fact that was explained in the Qur’an in a time when telescopes and similar technological advancements were not even close to being invented.

-The function of the mountains

{And We placed within the earth firmly set mountains, lest it should shift with them, and We made therein [mountain] passes [as] roads that they might be guided.} (Quran 21:31)

The verse states that mountains perform the function of preventing shocks in the Earth (lest it should shift). This fact was not known by anyone at the time the Qur’an was revealed. It was brought to light only recently as a result of the findings of modern geological research.

The “Mountains play a similar role to a nail or peg firmly holding down a tent. For example, Mount Everest, the summit of which stands approximately 9 km above the surface of the Earth, has a root deeper than 125 km.” Andre Cailleux and J. Moody Stuart, Anatomy of the Earth (McGraw-Hill Companies: 1968), 220.)

Similarly, mountains extend to the surface layer joining lines on and below the surface, and nail these together. By fixing the Earth’s crust they prevent any sliding over the magma layer or among the layers. Scientific facts discovered only recently but mentioned in the Quran in the 7th century.

These are just a few scientific evidences in the Quran. Check out Mission Islam for more (missionislam).

5- THE PROPHET IS MENTIONED IN PREVIOUS REVELATIONS

It is also mentioned in Isaiah 29:12: “And the book is delivered to him that is not learned, saying, Read this, I pray thee: and he saith, I am not learned.” We know the story when the Angel Gabriel came to Prophet Muhammad (PBUH) in the Cave of Hirah that he commanded Muhammad to “Read” and Muhammad replied that he could not read or “I am not learned”.

Every prophet came with good character and morals. The Prophet Muhammad was no exception. He was known as the trustworthy and the truthful even to his enemies (those who opposed the message of Islam)

Every prophet came with miracles. The Prophet Muhammad, by God’s permission also performed many miracles. During his Prophethood, one of his miracles was that he was allowed by God to split the moon. {The Last Hour draws near, and the moon is split asunder! And if they see a sign (miracle), they turn away and say, ‘Passing magic!’- for they are bent on giving it the lie, being always want to follow their own desires.} (Quran 54:1-3)

Many people around the world also witnessed the splitting of the moon and it was recorded in many parts of the world.

Every Prophet had the gift of being able to heal the sick. This was also a miracle of the prophet Muhammad (PBUH). It is said in an authentic narration that “Abdullah ibn Ateek broke his leg and Muhammad healed it by wiping his hand over it. Abdullah said it was as if nothing had happened to it!”. (Sahih Al-Bukhari)

7- THE TRUTH CAN ONLY BE SINGULAR