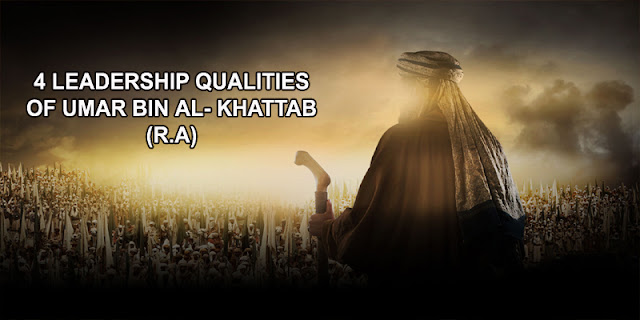 He is the Leader of the Believers, a title given to him by the companions of the Prophet when he became the second Caliph.

When Abu Bakr was in his death bed, he asked some of his advisors among the companions to choose a new Caliph to succeed him.

When they urged him to choose his own successor, he chose Umar.

There are very strong reasons for his choice. Umar was very close to the Prophet, and he was also closely related to him, being his father-in-law.

Apart from that, what distinguished Umar was his leadership qualities, which were evident from very early on in his life. For instance, when Umar was still a disbeliever, the Prophet made a dua.

O Allah! Honor Islam through the most dear of these two men to you: Through Abu Jahl or through Umar bin Al-Khattab.

And the most dear of them to Him was Umar.

Why did he, among the more powerful leaders of the Qurayish, choose these two in his dua? It was because either of them, if they were to embrace Islam, would be such powerful figures that Islam would be strengthened in Makkah through them.

What were these extraordinary qualities of Umar that he became the choice of the Prophet, and the next best person of this Ummah, Abu Bakr?

Let us try to study a few of these.

The most merciful of my Ummah towards my Ummah is Abu Bakr; the one who adheres most sternly to the religion of Allah is ‘Umar. (Ibn Majah)

Umar was known for his strength of character, and his toughness in establishing truth. When it came to doing the right thing, nothing came between it and Umar.

When he embraced Islam, he didn’t keep it hidden as did other companions, because of fear of persecution. He went out and openly declared his Islam to the chieftains of Makkah.

Before his Hijrah to Madinah, instead of going stealthily, he declared his decision openly. Some might think that it was not prudent for Umar to do this, but in fact Umar had that strength of body and personality which put fear in the hearts of the nobles of Makkah, who didn’t even try to stop Umar’s course of action. And about his strength of Iman, it is evident from the Prophet’s saying:

O Ibn Al-Khattab! By Him in Whose Hands my life is, whenever Satan sees you taking a way, he follows a way other than yours! (Sahih al Bukhari)

This is an extremely prized quality in a leader. A good leader only looks at the most practical and prudent course of action, and firmly sets out to accomplish it, without any hesitation or fear of deterring factors.

One day Ali saw Umar rushing by. He asked him where he was going. Umar said:

‘I am catching one of the camels of charity that had run away.’

‘If a goat were lost in the rims of the Euphrates [river], Umar would be accountable for it in the day of Judgment.’ (Ibn al Jawzi)

So keen was his sense of responsibility that he would change his look and make rounds of the city in order to find out how his people were doing.

He would make frequent visits to other states under his command as well. He established an open door policy whereby anyone could come and lodge his/her complaint with him.

While I was sleeping, I saw myself drinking (i.e. milk), and I was so contented that I saw the milk flowing through my nails. Then I gave (the milk) to `Umar.

They (i.e. the companions of the Prophet) asked:

‘What do you interpret it?’

RECOGNITION OF PEOPLE’S TALENTS AND WEAKNESSES

Umar had flair of reading people. This quality showed up in his appointments and reappointments of various commanders and governors across the Islamic domain.

He kept the most experienced and qualified companions with him in Madinah as his advisors. But that didn’t prevent him from consulting with Muslim juveniles, who, he said, had sharper minds by virtue of which they could come up with original ideas. He even consulted with his enemies.