Tahajjud Prayer - How to Pray, When to Pray and Its Benefits 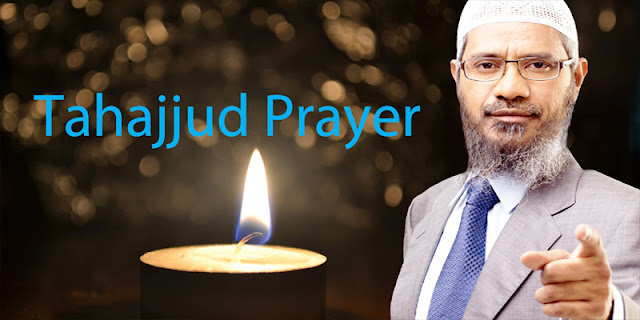 Our beloved Prophet Muhammad (SAW) mentioned that Salah is the 2nd pillar of Islam and it is obligatory on every Muslim to offer Salah five times a day. Salah is one of the most important parts of every Muslim’s life. It is of two types: first is the obligatory Namaz, which is to be offered five times a day at specific times with no choice of skipping it under normal circumstances, while second is the Nafl (extravagant prayer) which is optional and one is not answerable to the Almighty for not performing it.

Tahajjud namaz is one of the non-obligatory prayers which one should pray in the later part of the night after getting some sleep. “And from [part of] the night, pray with it as additional [worship] for you; it is expected that your Lord will resurrect you to a praised station.” (Quran, 17: 79)

Tahajjud means to abandon sleep so that you can pray Salah. There are Numbers of Hadith and verses emphasize the significance of invoking Allah Almighty by solicitation and prayers in the darkest nights.

Abu Hurayra narrated that the Messenger of Allah (PBUH) said, “The very best prayer after the compulsory prayers is the night time prayer.”(Muslim)
Tahajjud prayer usually is done by alone without together. Tahajjud prayer is not limited in number, but at least two Rakah. As Prophet Muhammad (SAW) explained that: “Evening prayer that two-two.” (Bukhari)

Abu Muslim asked Abu Zhar: “Which late-night prayer is the best?” He said: “I asked the Messenger of Allah the same that you asked me and he said, ‘The (one done during) middle of the latter half of the night, and very few do it.’” (Ahmad)

It can’t be offered straight away after Isha, yet just after one`s rest, neither when the time is close to Fajr.

1) Make an intention of performing Tahajjud prayer and rearrange to wake up finally a piece of the night.

2) Make sure to perform Wudu as one should perform before every tahajjud namaz.

3) Move to a clean and quiet place in the house being away from distractions.
4) Offer at least two Raka`ts up to 12, depending on one`s willpower.

5) Don’t forget to supplicate to Allah SWT for one`s just and rightful requests in order to get benefited from this exceedingly rewarding hour of darkness.

Following benefits one could get by offering Tahajjud prayer:

8) It can bring fresh inspiration and innovation

9) Tahajjud prayer can delete wickedness and prevent act of sin

Tahajjud prayer is one of the best among non-obligatory prayers, it is the cause of getting Allah`s great Blessings and Mercy. As stated in Hadith

“The Messenger of Allah ordered us to pray during the night, a little or a lot, and to make the last of the Prayer the Witar Prayer.” [At-Tabarani]

We all should make a practice to offer this tahajjud namaz so that we can come more and more close to Almighty Allah.