How to Live the Good Life? 6 Lessons From the Quran 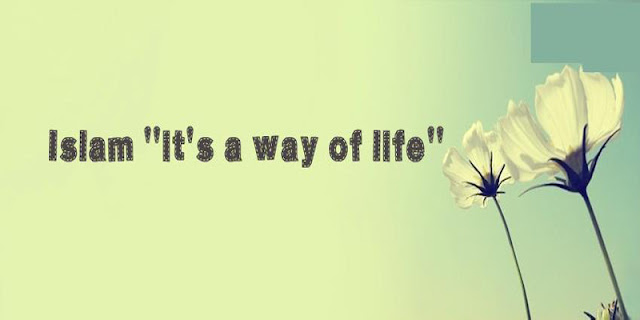 Which one of us does not want to live a good life? One without worries, hardships, problems, and difficulties? A life full of blessings, happiness, good times, and ease?

It would not be too far-fetched to say that everyone desires to live the best life they can, and also strives for it within their means. Despite obstacles and challenges, we all try to make the best of the lot that we are given in life.

Whoever does righteousness, whether male or female, while he is a believer – We will surely cause him to live a good life, and We will surely give them their reward [in the Hereafter] according to the best of what they used to do. (16:97)

In the above verse, Allah clearly mentions some noteworthy and poignant points:

(i) He grants the reward for doing righteous deeds even in this world, in the form of a “good life”: “hayaatan tayyibatan”.

(ii) He grants this worldly reward to anyone who has faith, whether they are male or female. This is actually a very thought-provoking specification, since in some patriarchal cultures around the world, it is inherently believed that females cannot live as a good life here on earth, as males can.

(iii) This reward, of a good life, is besides the reward that Allah will give to that believer in the Hereafter, which will also be according to the best of the righteous actions that the believer used to perform in the life of this world.
How does a believer live this good life? What special worldly blessings do they enjoy, as rewards for their deeds?

THE PROTECTION & HELP OF ANGELS

Elsewhere in the Quran, Allah mentions how angels are the protectors and helpers (“auliyaa”) of believers in the life of this world. (41:30-31)

This help and protection of specially dedicated angels is a worldly blessing that sincere and righteous believers, who do good deeds, receive from Allah during the life of this world.

These angels make the believers’ affairs easy, protect them from harm, and grant them a special ease in all matters. As an example, when a believer goes out to perform a worldly errand, such as standing in a long line to buy something, which can take a disbeliever all day to accomplish, the help of angels enables the believer’s errand to be performed quickly and without chagrin & hassle, by a small ‘miracle’ of sorts.

The worldly cause for the ease that believers regularly encounter is usually untraceable and undetectable by tangible means, since it is angelic in nature.

NO BURDENS OF PILED UP SINS

Allah says in the Quran that some of the punishments for mankind’s sins in the life of this world, come in the form problems, difficulties, delays, and hardships. (42:30)

Since believers are in the habit of constantly repenting to Allah sincerely, for their day-to-day sins and mistakes, they do not carry the burdens of sins upon their shoulders, such as blackened hearts and guilty consciences.

Since they also never wrong or oppress anyone else intentionally, they feel light and liberated, and as a result, their affairs are made easy instead of difficult.
BARAKAH (GROWTH & PURITY) IN HALAL PROVISION

Believers earn money only through halal means of livelihood. As a result, even if the numbers of their earnings are apparently smaller than those of unrighteous transgressors and disbelievers, Allah blesses them with tremendous growth and blessings in provision.

For example, they have good health, stamina, a sharp memory, round-the-clock productivity, energy to do loftier righteous deeds, loving families, and other long-term profits/growth in their assets.

Believers who make sacrifices in the path of Allah, and strive hard in doing righteous deeds to please Allah, are rewarded with a unique, priceless kind of “wealth”. This wealth makes them feel always at peace, calm, and unaffected by those worries, fears, expectations, and anguish that habitually plague disbelievers.

This ‘wealth’ is their total detachment to, and lack of dependence upon, worldly means and people, to get things done. A believer who occupies himself with righteous works, does not worry if he encounters a glitch or obstacle. He believes with conviction that whatever is decreed to get done will get done; else, he will be rewarded for their intention and effort.

This makes them feel totally detached from the world: at peace and totally calm.

LOVE OF PEOPLE, WITHOUT STRINGS ATTACHED

Yet another blessing that helps believers live a goodly life as a reward for their righteous deeds, is that Allah fills people’s hearts with love for them.

Now, do not compare this love to the kind of toxic, excessive adulation that people harbor in their hearts for evil-doing celebrities.

Rather, this love for a believer, which Allah fills the hearts of mankind with as a reward for the former’s good deeds, is pure and sincere. It helps facilitate the believer’s affairs whenever they interact with people in any way, especially for the accomplishment of worldly objectives.
For example: doctors, clerks, waiters, and sales people might be extra attentive and nice to a believer when he requests their service.

RIGHTEOUS COMPANY – A PRECURSOR OF PARADISE

Last but not least, one of the best worldly rewards that Allah grants to a righteous believer for their good deeds, is the company of others like them: pure, sincere, humble, and righteous slaves of Allah, who spend their time, efforts, and wealth in doing good deeds.

Allah keeps believers away from transgressors, evil-doers, and haters, as well as their sinful gatherings. Instead, He facilitates for believers to spend time in righteous company, which is soothing, faith-boosting, and spiritually rejuvenating for them.

This company is also a form of precursory glad tidings: that they will be with the beloved slaves of Allah even in the Hereafter, dwelling in eternal bliss in Paradise.

Believers who strive hard and make huge sacrifices of worldly benefits to perform righteous deeds might outwardly lead a very simple life. Their life might appear to be ‘unglamorous’, ‘boring’, and ‘dull’ to onlookers, because of the deceptive nature of this world.

Nevertheless, they enjoy special worldly blessings that, if made apparent, others would fight them for.

May Allah make us among such believers, with whom Allah is pleased. Ameen.