How Does a Muslim Get to Heaven? - Major Ways of Getting to Jannah 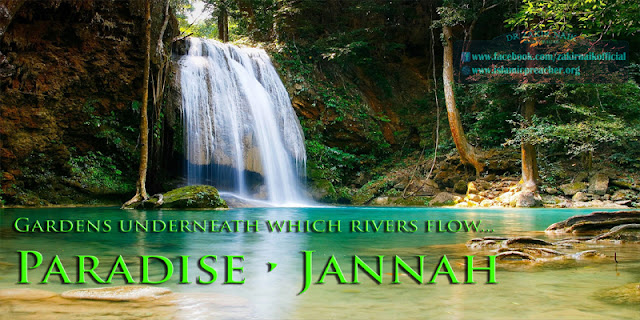 Being a Muslim it is our belief that we have to die one day and our final destination is the life of the hereafter. In the hereafter, we go to Jannah (Paradise) or Jahannam (Hell-fire) depends upon the deeds that we did in worldly life. Jannah or heaven is the hope of every Muslim all of us wish for Jannah in the hereafter. So getting Jannah in hereafter it is the objective of every Muslim in this world to do all the good deeds possible that ensure going into Paradise. A Muslim knows that the life of this world is short-term and the eternal life is in the hereafter that’s why his or her objective is to get an eternal life that is in Paradise. Allah Almighty says in Holy Quran: “O you who believe! Be careful of (your duty to) Allah and seek means of nearness to Him and strive hard in His way that you may be successful.” (Quran, 5:35)

Prophet Muhammad (SAW) told us that in Paradise things which beyond our imagination are present. Allah Almighty also described Paradise in many places of Holy Quran: “The description of Paradise which the Muttaqoon have been promised is that in it are rivers of water, the taste, and smell of which are never changed. Rivers of milk the taste of which will remain unchanged, rivers of wine that will be delicious to those who drink from it and rivers of clear, pure honey. For them will be every kind of fruit and forgiveness from their Lord.” (Quran, 47:15)

We all want to get Jannah for that we have to perform good deeds and actions. There are multiple ways to attain the pleasure of Allah (SWT) and enter His Jannah. Allah (SWT) has made it easy for us to enter Jannah but some of us forget this due to an attachment to this temporary worldly life.
Following are some ways regarding the hadiths of Prophet Muhammad (SAW) which will show us how to get Jannah in the hereafter.

1) Faith and good deeds will lead us to get Jannah. In Holy Quran, Allah Almighty says: “But those who have faith and work righteousness, they are the Companions of the Garden: Therein shall they abide forever.” (Quran, 2:82)

2) Seeking knowledge also leads to Paradise. Our beloved Prophet Muhammad (SAW) said in one of His hadith in these words: “Whosoever takes a path that leads to knowledge, Allah, the Almighty will pave his way to Jannah.”(Muslim)

3) Another simple way that can play a vital role in a Muslim’s life leads to Jannah is going to the mosque. Holy Prophet (PBUH) said regarding this: “Whosoever goes to the Masjid and returns back from it, purely for the sake of Allah, Allah the Almighty will prepare an abode in Jannah for every time he goes and comes back.” (Muslim)

5) Prophet Muhammad (SAW) said in one of His hadith: “Whoever believes in Allah and His Messenger (PBUH), and establishes the prayer and fasts in the month of Ramadan, it is incumbent upon Allah that He enters him in Jannah.” (Sahih Bukhari)
6) Whoever remained righteous will lead towards Jannah. “Indeed, truthfulness leads to righteousness and indeed righteousness leads to Jannah.” (Sahih Bukhari)

7) Prophet Muhammad (PBUH) said: “Anyone whose soul leaves his body and he is free of three things, will enter Jannah: Arrogance, stealing from the spoils of war, and debt.” (Sunan Ibn Majah)

8) Above all, Quran recitation is perhaps one of the most effective ways of getting Jannah.

These were some ways of getting Jannah there are many other ways that are not mentioned in this article which we should follow. May Allah Almighty guide us, forgive all our sins, help us to stay substantial on the right path and unite all of us in Jannah. Ameen!