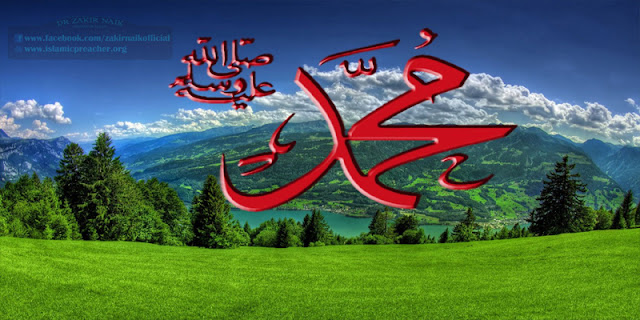 Allaah, may He be glorified and exalted, honoured His Prophets and Messengers with immense blessings, first and foremost among which, and the highest in status, was the blessing of Prophethood, as He chose them to be close to Him and to bestow His mercy upon them.

“but Allaah chooses of His Messengers whom He wills”

“And also some of their fathers and their progeny and their brethren, We chose them, and We guided them to the Straight Path”

Allaah, may He be glorified and exalted, chose His Prophet and Close Friend Muhammad (peace and blessings of Allaah be upon him) for more honour and bestowed a high status upon him, as Allaah says (interpretation of the meaning):

“Had not the Grace of Allaah and His Mercy been upon you (O Muhammad صلى الله عليه وسلم), a party of them would certainly have made a decision to mislead you, but (in fact) they mislead none except their own selves, and no harm can they do to you in the least. Allaah has sent down to you the book (the Qur’aan), and Al‑Hikmah (Islamic laws, knowledge of legal and illegal things, i.e. the Prophet’s Sunnah — legal ways), and taught you that which you knew not. And Ever Great is the Grace of Allaah unto you (O Muhammad صلى الله عليه وسلم)”

As part of this Grace, Allaah opened the chest of His Noble Messenger Muhammad (peace and blessings of Allaah be upon him) and He referred to this great blessing in a soorah of the Qur’aan that will be recited until the Day of Resurrection. It is called Soorat al-Sharh.

“Have We not opened your breast for you ((O Muhammad?”

The opening of the chest of the Prophet (peace and blessings of Allaah be upon him) points to a number of important meanings:

1 – Allaah opened his heart to Islam as a religion and law, which is the greatest thing to which the heart may be opened. This is the interpretation of Ibn ‘Abbaas


2 – Allaah opened the chest of His Prophet Muhammad (peace and blessings of Allaah be upon him) in order to fill it (his heart) with wisdom, knowledge and faith, as it was interpreted by al-Hasan al-Basri. The scholars mentioned in their commentaries on this incident of the opening of the Prophet’s chest, which happened twice during his life.

The first occurred when he was small and living among Banu Sa’d.

It was narrated from Anas ibn Maalik (may Allaah be pleased with him) that that Jibreel came to the Messenger of Allaah (peace and blessings of Allaah be upon him) when he was playing with the other boys. He took hold of him and threw him to the ground, then he opened his chest and took out his heart, from which he took a clot of blood and said: “This was the Shaytaan’s share of you.” Then he washed it in a vessel of gold that was filled with Zamzam. Then he put it back together and returned it to its place. The boys went running to his mother – meaning his nurse – and said: Muhammad has been killed! They went to him and his colour had changed. Anas said: I used to see the mark of that stitching on his chest.

The second occurred on the night of the Isra’.

Some of them denied that his chest was opened on the night of the Isra’, and said that this only happened when he was small and living among Banu Sa’d. But that cannot be denied because there are many reports about it. … All that has been narrated about his chest being opened, his heart being taken out and other extraordinary events must be accepted without objection or trying to interpret it other than what it appears to mean, because Allaah si Able to do all that and none of that is impossible. Al-Qurtubi said in al-Mufhim: No attention should be paid to denials of the opening of his chest on the night of the Isra’, because the narrators are trustworthy and well known.

The incident of his chest being opened is also mentioned in some reports at other times, at the age of ten, and when his mission began, but these are weak reports. See: al-Seerah al-Nabawiyyah al-Saheehah(1/103).

Allaah says “Have We not opened your breast for you (O Muhammad)?” meaning, did We not open your heart for you, i.e., We illuminated it etc. This is like the verse in which Allaah says (interpretation of the meaning): “And whomsoever Allaah wills to guide, He opens his heart to Islam.” [al-An’aam 6:125].

And it was said that what is meant by the verse “Have We not opened your breast for you (O Muhammad)?”  is the opening of his chest on the night of the Isra’, but there is no contradiction because the opening of his chest includes what was done on the night of the Isra’ as well as the metaphorical meaning of opening his heart. And Allaah knows best. End quote.

It was said that what is meant is: Did We not relieve your distress and worry by showing you the reality of things and the insignificance of this world, so that enabled you to bear hardship by mans of turning to Allaah with du’aa’.

It was narrated from the majority that what is meant is:  Did We not bestow upon him wisdom and enable him to receive that which was revealed to him after it was difficult for him?

Opening his breast is a metaphor for the blessings that were bestowed upon him and enabling him to attain all levels of perfection, and informing him that Allaah is pleased with him, and glad tidings of the victory that the religion would attain.

This opening is metaphorical, not physical. The opening of the heart may be done so that it is able to receive the decree of Allaah of both types, the shar’i decrees of Allaah, which means religion, and the decree of Allaah which has to do with the calamities that may befall man.