Conditions and Some Important Rules Regarding Qurbani (Udhiyah) 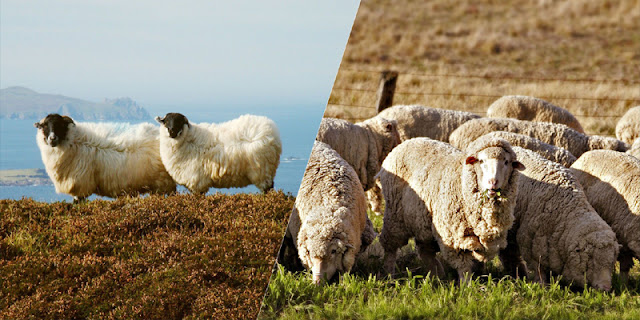 Qurbani (Udhiyah) is one of the most religious rituals of Islam that every financially stable Muslim need to perform for the sake of Allah Almighty. In Qurbani (Udhiyah) we remember the Unity of Allah, His Blessings upon us and the obedience of Hazrat Ibrahim (AS) to Allah (SWT). There is much goodness and blessing in Qurbani. Udhiyah is basically sacrificing animals like goat, cow, sheep, and camels just to gain the pleasure of Allah. Qurbani takes place after offering the Eid prayer mostly on 10th of Zil Hajj and two days following it. In the Holy Quran, Allah Almighty says: “Therefore turn in prayer to your Lord and sacrifice (to Him only).” (Quran, 108:2)

Qurbani (Udhiyah) is an act of worship that Muslims all over the world performed on Eid-al-Adha as an offering to Allah Almighty. As we all know that it is a religious practice so one should give a careful attention while performing it. Udhiyah should conduct properly and according to the rules of Islam. Allah Almighty says in Holy Quran regarding Qurbani in these words: “Say (O Muhammad): ‘Verily, my prayer, my sacrifice, my living and my dying are for Allah, the Lord of the `Alameen (mankind, jinn and all that exists).” (Quran, 6:162)

CONDITIONS AND RULES REGARDING QURBANI (UDHIYAH)

Below mentioned are some conditions and rules regarding Qurbani (Udhiyah) that we all should know about:

2) It should be one of the An’aam classes of animals, which are camels, cattle, sheep, and goats. Allah Almighty says in the Noble Quran: “And for every nation, We have appointed religious ceremonies, that they may mention the Name of Allah over the beast of cattle that He has given them for food.”(Quran, 22:34)

3)The animal should have reached the required age, which is six months for a lamb, one year for a goat, two years for a cow and five years for a camel.

4) An individual who is eligible to pay Zakat must perform Qurbani for himself and every family member including children.

5) Animal for slaughtering should be free of any kind of faults. Holy Prophet (SAW) said: “There are four that will not do for sacrifice: a one-eyed animal whose defect is obvious, a sick animal whose sickness is obvious, a lame animal whose limp is obvious and an emaciated animal that has no marrow in its bones.” (Sahih Al-Jami)

6) If an animal has been selected for sacrifice, it is not permissible to sell it or give it away, except in exchange for one that is better.

7) The animal must be alive at the time of slaughter that is the animal being sacrificed has to be alive and it’s preferable for it to be awake.

8) The person who is making the sacrifice must be a Muslim and has to invoke the name of Allah by saying Bismillah Allahu Akbar at the time of the sacrifice.

9) The animal shouldn’t be slaughtered when it’s hungry and also water should be offered to the animal before the time of slaughter.

10) Animals should be purchased a few days before the slaughter, and they must be cared for, fed and nurtured before their sacrifice.

11) A person who is giving Qurbani should present at the time of slaughtering an animal.

13) Slaughtered animals are not to be skinned until completely cold.

Eid al-Adha is about to come so it is important that Muslims who will be performing Qurbani for the first time this year to get it done properly according to the rules mentioned above. May Allah (SWT) give us the opportunity to perform Hajj next year and also make eligible all of those who are not performing Qurbani this year could perform it next year and accept our sacrifice as a demonstration to our faith! Ameen