7 Islamic Duas Every Muslim Must Memorize and Recite Daily 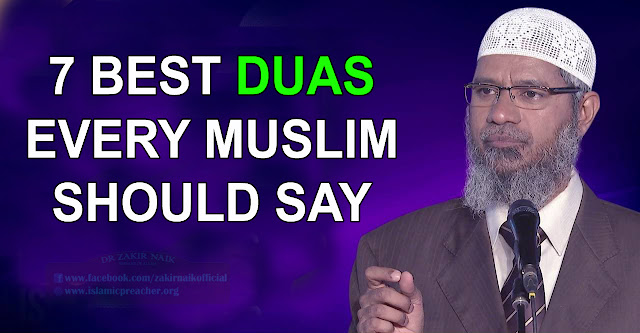 In this article, we compiled some of the most important duas and hadiths that Prophet Muhammad (peace be upon him) encouraged us to say.

The best remembrance is: ‘there is none worthy of worship except Allah (La ilaha illallah)’ and the best supplication is: ‘All praise is due to Allah (Al-ḥamdulillah).’ (At-Tirmidhi)

Allah is free from imperfection and I begin with His praise, as many times as the number of His creatures, in accordance with His Good Pleasure, equal to the weight of His Throne and equal to the ink that may be used in recording the words (for His Praise). (Muslim)

O our Lord, grants us the best in this life and the best in the next life, and protects us from the punishment of the Fire. (Al-Bukhari and Muslim)

“The most superior way of asking for forgiveness from Allah is:

“O Allah! You are my Lord. None has the right to be worshiped except You. You created me and I am your servant and I abide by your covenant and promise as best I can. I seek refuge in you from the evil, which I have committed. I acknowledge your favor upon me and I knowledge my sins, so forgive me, for verily none can forgive sin except you.”

He who recites three times every morning and evening: ‘In the Name of Allah with Whose Name there is protection against every kind of harm in the earth or in the heaven, and He is the All-Hearing and All- Knowing,’ nothing will harm him. (Abu Dawud and At- Tirmidhi)

“The supplication of Dhun-Nun (Prophet Yunus) when he supplicated, while in the belly of the whale was: ‘There is none worthy of worship except You, Glory to You, Indeed, I have been of the transgressors.

So indeed, no Muslim man supplicates with it for anything, ever, except Allah responds to him.” (At-Tirmidhi)

Abu Musa (May Allah be pleased with him) reported:

The Messenger of Allah said to me:

“Shall I not guide you to a treasure from the treasures of Jannah?”

Thereupon he (peace be upon him) said:

(Recite) ‘La hawla wa la quwwata illa billah‘ (There is no change of a condition nor power except by Allah). (Al-Bukhari and Muslim)