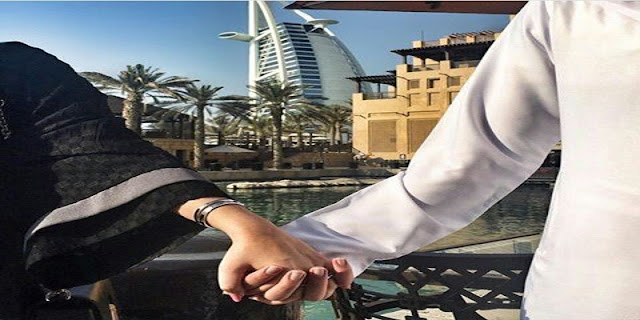 Young women have many hopes and dreams. Among the most important of these dreams focus upon their future husbands, the men who are going to be their partners through the long and arduous journey of life.

These dreams are sometimes beset by obstacles that prevent the young woman from ever realizing them, obstacles to marriage that are uncalled for and unnecessary. Among the most important of these are the following.

1. STUDIES: This can take many years, depending on the program of study undertaken and the desired degree goals. In truth, a woman’s marriage is not incompatible with her furthering her studies. What it needs is for there to be an understanding from the onset between the husband and wife about the matter of her studies.

I see this as part of facing up to our changing circumstances. There are many destructive influences that beset our young men and women today. The mass media has an overwhelming effect. The world is more open. Early marriage has become more of a necessity for our young men and women than it has ever been before. It needs to be given priority. A young woman should give the matter her attention, as should her parents.
2. THE FATHER: A father may turn away prospective suitors for his daughters for many reasons. These reasons might be financial or cultural. Sometimes the father insists that his daughter marry one of her cousins or no one else.

– A woman over thirty years of age complains that her father has a distorted sense of his own greatness and sees himself as a man of considerable importance and status. He refuses to marry his daughter to anyone except a man who satisfies his standards. Such a man will never come.

– A university graduate who works and is obliged to give her monthly salary over to her father in full is prevented by her father from ever marrying for reasons that are obvious.

A father prohibiting his daughter from marriage is a terrible crime that makes the skin crawl. Even if the father’s faith is weak and he is not God-fearing, we would think that he would have some humanity or mercy in his heart.

We find more mercy exhibited by wild animals for their children. While this father sleeps comfortably in his room with his wife at his side, his grown daughters are tossing and turning restlessly in their beds, because they are being denied the greatest of physical blessings that Allah has placed within us the drive to seek out.

Allah is speaking to every believer when He says:

Preventing one’s daughters from marrying suitable men with whom they are pleased is a serious form of oppression. Friends and relatives need to intervene in order to help those women and free them from their confinement. If this does not happen, then the courts need to intervene.

Social and governmental agencies should be mobilized to protect women who are being prevented from marriage and confront the transgression of those fathers.

It is true that most fathers are merciful and feel compassion for their daughters and it is allowed for them to prevent their daughters from marrying certain suitors when they have a valid reason to do so.

However, there are situations – though they may be few in number, they are seriously painful for the women involved – where outside intervention is needed.

In many cases, the daughter will be unable to speak up in her own defense or voice a complaint. This is because she fears destroying her relationship with her father or fears that her reputation will be tarnished. She might not have any opportunity to leave her home in the first place or to speak to anyone who can air her grievances on her behalf. In this way she can spend her whole life and waste her youth in bitter waiting.

3. THE MAN: The young man who wishes to get married wants a beautiful wife, and beauty to him is what his eyes have grown accustomed to seeing in the movies and on television. He wants her to be fair of complexion, tall, and young. He wants her to have the beauty of a fashion model, the piety of the Prophet’s Companions, and the wealth of a tycoon, without him having to exert any effort on his part. He needs to come down to Earth.

This may be one of the negative effects of constantly watching movies and programs that cause our young people to live in a fantasy world that has no connection whatsoever with reality. Even if a young man lowers his unrealistic standards, he remains in distress and this puts a strain on his future relationship with his wife.
Allah tells us:

O ye who believe! Follow not Satan’s footsteps: if any will follow the footsteps of Satan, he will (but) command what is shameful and wrong. (24 : 21)

4. EXUBERANT COSTS: Heavy expenditures for marriage as well as numerous and excessive material demands place a great burden upon the shoulders of young men, forcing them to turn away from the prospect of marriage. In Saudi Arabia , many tribal leaders have taken the judicious initiative to place an upper limit on marital expenses, determining a limit that is according to custom and that is reasonable. It is an initiative that deserves both our support and praise.

The postponement of marriage is a hindrance that everyone must work together to solve. It has to be addressed publicly by scholars, orators, intellectuals, public figures, and reformers. The means to marriage need to be simplified. Institutions need to be established to facilitate marriages materially, socially, and on a personal level.