4 Benefits of Giving Charity You Can Never Imagine 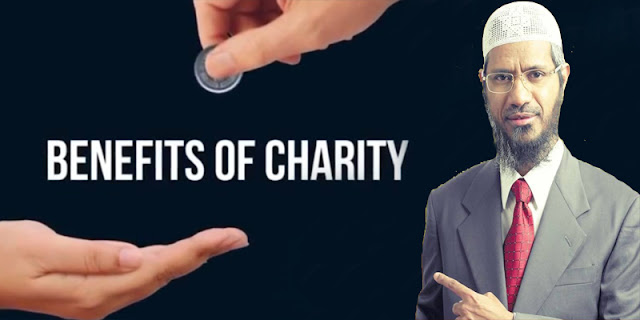 We have all read articles or listened to Friday sermons about charity. It’s an essential part of our faith and rightfully gets much needed attention. But few of us talk about the real life effects of charity.

From the generous sister who greeted me with a kind word on a very dark day to the brother who received charity to pay his electricity bill to keep a life saving medical device running, charity has phenomenal and sweeping effects for those who receive it. But for those who give it, the effects can be even greater.

There are so many ways that giving charity benefits the benefactor- too many to list here. But here are four far-reaching benefits of giving charity that we feel they affect us in this life and the hereafter.

1- CHARITY DOES NOT DECREASE OUR WEALTH

This is an interesting outcome of giving in charity. Most of the time, when we spend money, the laws of mathematical equations, namely subtraction, apply. But with charity, even though there is an immediate negation of overall wealth, there always ends up being an unexpected return or even increase.

Have you ever heard of someone who went broke from spending too much money in charity? Surely, there are people who have given a majority of their wealth in charity time and time again, like Abu Bakr, Uthman bin Affan, or Aisha (May Allah be pleased with them). But these great benefactors always bounced back.

You can’t bring it with you, as the saying goes. And it is true. We won’t be able to bring our wealth with us to the hereafter and it will not benefit us in the least when we face our Lord for judgment. But what we can bring with us are our good deeds. Allah Almighty promises that giving charity in this life will make us wealthy in the hereafter.

{Believe in Allah and His Messenger (Muhammad), and spend of that whereof He has made you trustees. And such of you as believe and spend (in Allah’s way), theirs will be a great reward.} (57:7)

2- CHARITY IS THE SMARTEST INVESTMENT YOU WILL EVER MAKE

When we all do better, we all do better. No one wants to live in a society where there are people living in squalor, reduced to commit crimes just to survive. In this life, when we invest in those who have less than us, we bring our society up and create an environment where social justice and harmony is possible.

This was the effect of charity when the Muhajireen (migrants) left their homes with very little to migrate to Medina and the Ansar (the helpers) gave them a hand up. Because of this charity, together the Muhajireen and the Ansar were able to establish a successful and prosperous society that we, as an ummah, feel the effects of to this day.

The one who gives charity will be rewarded exponentially. Imagine investing in Google in 1998. Allah promises more return on your investment in charity that even that. There is no better dividend.

The likeness of those who spend their wealth in the Way of Allah, is as the likeness of a grain (of corn); it grows seven ears, and each ear has a hundred grains. Allah gives manifold increase to whom He pleases. And Allah is All-Sufficient for His creatures’ needs, All-Knower. (2:261)

The Day of Resurrection will be a day when we will be faced with all our deeds and asked to answer for them. If that does not terrify you, you aren’t paying attention. For many of us this will be a massively difficult day. But on that day our charity will be a source of relief and ease for us.

No matter how you slice it, in this life, our reputation is a form of social currency. But the more sins we commit, the more our reputation and honor decreases. However, charity repairs our esteem. Even the most disliked public figures in our modern world redeem some respect when they give charity.

“Giving in charity doesn’t decrease your wealth in the slightest, and the person who pardons is not increase except in honor and there is no person who is humble for the sake of Allah, except that Allah will raise his rank.” (Muslim)

We all need a little help in this area. We are fallible beings and sin is an inevitable part of our existence, no matter how hard we try to avoid it. But there are many ways to assure that we will be forgiven, charity being a major one.

Giving charity is difficult for many of us because it seems, on the surface level, that we are giving to those who cannot benefit us and that that money will be lost. It may be that those we give charity to may not ever be in a position to return the favor, but our reward does not come from the recipient of our charity. It comes from Allah Almighty and can manifest in many different ways in this life and the next if we have the right intentions.