Things That Every Muslim Should Know About the Prophet Muhammad (pbuh) 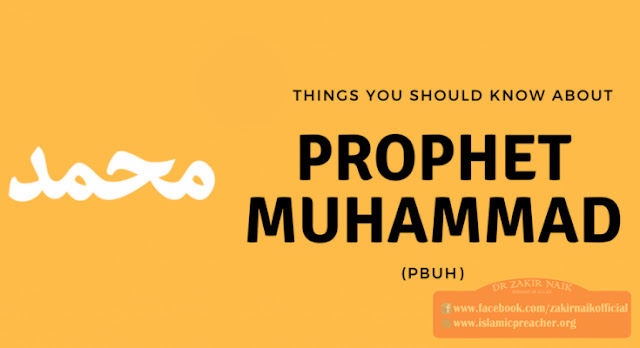 The personality of Prophet Muhammad (SAW) is complete in every regard. Muhammad (SAW) can serve as a flare of guidance for people of every walk of life. Muslims follow Him because of Him being the Prophet of their religion and those who do not follow Islam also hold Him at a higher podium when it comes to human character. He (SAW) was the best in character. Prophet Muhammad (SAW) also said in one of His hadiths in the following way: “God has sent me to perfect good manners and to do good deeds.” (Bukhari)

1) Compassionate and Merciful: Allah’s Messenger (SAW) was compassionate towards everyone. He (SAW) forgave His enemies and treated them gently. Even when the people of Taif made the children of their neighborhood to make fun of Him and throw stones at Him, He (SAW) prayed for them: “The Prophet (SAW) resembled a Prophet who was harmed by His people. He (SAW) wiped the blood from His face and said: ‘O God! Forgive my people, for they know not!” (Bukhari)
2) Profession: When Prophet Muhammad (PBUH) was young, He (SAW) used to work as a shepherd. As He (SAW) grew older, He (SAW) became a successful merchant. Thus, it can be said that the profession of our Prophet (PBUH) was trading. Allah’s Messenger (SAW) was asked what type of earning was best and He (PBUH) replied, “A man’s work with his hand, and every business transaction which is approved.” (Al-Tirmidhi)

3) The Trustworthy: He (SAW) was called the truthful and trustworthy long before the Islam. People called Him (SAW) Al-Ameen (the trustworthy). This title is given to Him due to His honest behavior with people in business and also when speaking about Allah Almighty. He (PBUH) was the most truthful and trustworthy person. Prophet Muhammad (SAW) said about the truthfulness in one of His hadiths in these words: “Fulfill the trust for the one who entrusted you and do not cheat the one who cheated you.” (Al-Tirmidhi)

4) Moderation and Social Reforms: Prophet Muhammad’s (SAW) life teaches us to be moderate in our life. As we all know that excess of everything is bad, that’s why it’s important to do all things in moderation. And this is something we can learn from the Seerah of our beloved Prophet Muhammad (SAW). We have to do social justice like He (SAW) did in his life. He (SAW) recommended for social reforms on many levels, including gender and racial equality, religious freedom, and mandatory education for all Muslims.

5) Forgiveness: Holy Prophet (PBUH) preached forgiveness. Forgiveness was one of the most outstanding qualities of the Prophet Muhammad (SAW). Non- Muslims used to maltreat our beloved Prophet (PBUH) and His companions, they used to threaten Him (PBUH), beat Him, they even threw stones at Him but He (PBUH) forgave them all and taught everyone that forgiveness is better them revenge. We should also adopt this trait of Prophet Muhammad (SAW) in our lives.

6) Condemned Racism and Tribalism: Prophet (SAW) condemned racism and tribalism. Racism can destroy societies that why our beloved Prophet Muhammad (SAW) said in His last address that “All mankind is from Adam, an Arab has no superiority over a non-Arab, nor a non-Arab has superiority over Arab, also a white has no superiority over black, nor a black has superiority over white except piety and good deeds”.
7) Loving Family Man: He (PBUH) was kind and loving towards His family. He (SAW) used to help His family with the household chores. He (PBUH) would also mend His own sandals, and patch and sew His garments by himself. It is reported that when Aisha (RA), one the Prophet’s wives, was asked about His (SAW) role at home, she said He “would do chores for his family and he would go out when it was time for prayer.”

8) He (SAW) treated animals with kindness: Prophet Muhammad (SAW) was kind to both humans and animals. He (SAW) taught us that we should never hit an animal as we know that animals can’t speak and can’t explain their pain. So, we should always be kind towards them.

9) Seal on the letter: He (PBUH) used the seal of His ring on letters to foreign dignitaries. The ring consisted of three words Allah, Rasool, and Muhammad. His love and devotion to Allah Almighty pushed Him to put “Allah” as the top word and his own name at the bottom. (Muhammad is the messenger of Allah) to verify that the letter was from Him.

10) Warned Extremist: Holy Prophet (SAW) was against extremism. It is not allowed in Islam to commit any awful action in the name of Allah and this can never be a part of Islam. Islam teaches us the lesson of peace, not war. We should create a peaceful society for all mankind.

In short, no matter whichever walk of life it is, whatever situation of life it is, a Muslim is to turn towards the personality of Muhammad (PBUH) and find that particular piece of guidance from it. Muslims must spread the life of Prophet (PBUH) because it is not only good for Muslims; rather the goodwill that comes from it has a universal appeal and will help make the world a better place.