NO ONE CAN ENTER PARADISE BECAUSE OF HIS DEEDS 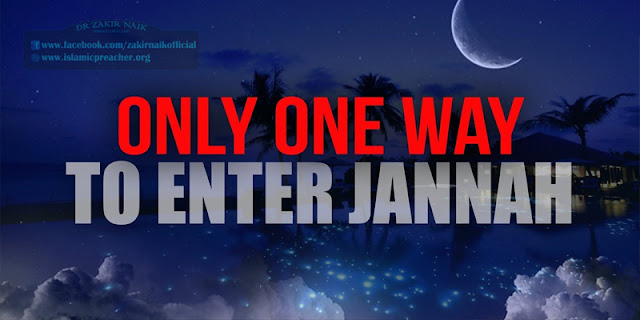 The occasional presentation of Paradise as an achievement for people’s efforts work in the Qur’an is a compliment for honoring man. Otherwise, even all of the worship man perform cannot be a precise thankfulness for the benefactions that were given to man by Allah beforehand.

The truth is that we are far beyond from performing the praise of benefactions such as His creation of man from nothing, equipping man with thousands of devices both physically and spiritually, granting belief, offering him/her the light, air, water and food which are needed for him/her at any time and exhibiting the earth as a dinner table for him/her where there are numerous kinds of food presented. If the whole world is given to us, we cannot sacrifice one of our eyes and likewise… That is why, it is not true to consider the worshipping as the price of benefactions that will be given in the hereafter.

Our Prophet (PBUH) points out this truth as follows:

The Prophet (pbuh) said: "No one of you will enter Paradise by his deeds alone." They asked, "Not even you, O Messenger of Allah?" He said, "Not even me, unless Allah covers me with His Grace and Mercy" (Bukhari, Riqaq, 18; Muslim, Munafiq, 71-73).

As paradise is the reward of Allah’s mercy and favor, Hell is the punishment of man’s deeds. As a matter of fact, the following is stated in the Qur’an: “Whatever good, (O man!) happens to thee is from Allah; but whatever evil happens to thee is from thyself”. (result of your sins). (See an-Nisa, 4/79)
Almighty Allah has granted numerous benefactions and favors. As man is unable to offer his thankfulness to Allah for these numerous benefactions and blessings because of his impotency, it is impossible for him/her to deserve any other benefaction. That is to say, as he/she is incapable of offering thankfulness at present, it is never ever true for him/her to say “Paradise is the reward of my deeds”, once he/she will have gained great benefactions in the hereafter like Paradise.

Man has acquired infinite benefactions that is related one another although he/she has not deserved.

All benefactions mentioned here were delivered previously. All of them require praise and worship. Among the infinite benefactions that were offered, for how many of them did man offer thanks so that he/she could claim Paradise and say, “It is the reward of my deeds”. That is why no man including prophets can consider Paradise as a reward for his/her deeds after having entered there. Paradise is not the reward of any man’s great effort. It is only a gift and goodness of Allah’s kindness and grace.

Another issue is that man’s share in his/her worshipping and servitude is one in a hundred. That is to say, if a hundred percent of shares exist in worshipping, then ninety-nine of it belongs to Allah and one in a hundred belongs to man. Therefore, the success that is seen in man’s deed belongs to Allah. The share and wealth that belongs to man is his/her weak and doubtful demand and willing. Man wills, and Allah creates it. Then the dominant side in man’s deed is Allah. So how can a man deserve Paradise solely through his/her deeds?
However, Hell is justice. The sins and evils that take man to hell are not bodily beings like good deeds and thawabs (rewards). Evils and sins are things that take place due to absence of will and duty, that are like destruction and that do not belong to the class of beings

Therefore, man is active in destruction and evils; he is passive in thawabs and good deeds. Therefore, although it is just to record a thousand sins for an evil deed, Allah records only one sin due to His mercy and grace; although it is extra to record even one thawab for a good deed, He records one thousand thawabs due to his benevolence and generosity

We deserve Hell due to our sins and mistakes but we do not deserve Paradise due to our good deeds; Paradise is a grace and bounty of Allah.