THINGS YOU MUST KNOW ABOUT HUMAN RIGHTS AND JUSTICE IN ISLAM 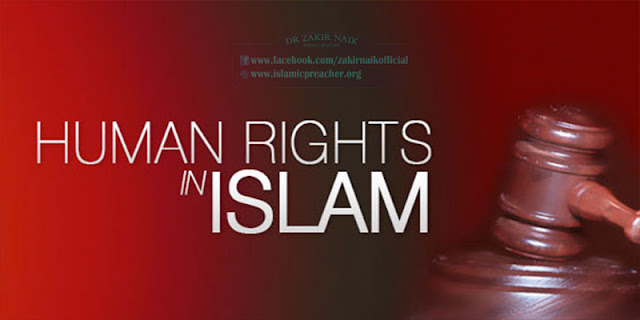 Islam provides many human rights for the individual. The life and property of all citizens in an Islamic state are considered sacred whether a person is a Muslim or not. Islam also protects honor so, in Islam insulting others or making fun of them is not allowed. The Prophet (PBUH) said truly your blood, your property, and your honor is inviolable.

Racism is not allowed in Islam Quran speaks about human equality the Quran says O MANKIND, WE HAVE CREATED YOU FROM A MALE AND A FEMALE AND HAVE MADE YOU INTO NATIONS AND TRIBES FOR YOU TO KNOW ONE ANOTHER TRULY, THE NOBLEST OF YOU WITH GOD IS THE MOST PIOUS, TRULY GOD IS ALL KNOWING, ALL AWARE QURAN- 49:13

One of the main problems facing mankind today is Racism. The developed world can send a man to the moon but cannot stop a man from hating and fighting his fellow man. Ever since the days of the Prophet Muhammad (PBUH) Islam has provided a vivid example of how racism can be ended. The annual pilgrimage (HAJJ) to Makah shows the real Islamic brotherhood of all races and nations when millions of Muslims from all over the world come to Makah to perform the HAJJ

Islam is a religion of justice, here is some Quran reference that signifies this, Allah has said in Quran (4:58) truly god commands you to give back trusts to those to whom they are due and when you judge between people, to judge with justice 2. And act justly truly God loves those who are just Quran 49:9. 3. And let not the hatred of others makes you avoid justice, be just that to nearer to piety Quran 5:8…..

Prophet Mohammad (PBUH) said people beware of injustice, for injustice shall be darkness on the day of judgment and those who have not gotten their rights in this life will receive them on the judgment day. The Prophet (PBUH) also said on the judgment day right will be given to those to whom they are due and wrongs will be redressed

The right to live

The first and the foremost basic right is the right to live and respect human life. The Holy Quran lies down:

Whosoever kills a human being without (any reason like) man slaughter, or corruption on earth, it is as though he had killed all mankind ... (5:32)

As far as the question of taking life in retaliation for murder or the question of punishment for spreading corruption on this earth is concerned, it can be decided only by a proper and competent court of law. If there is any war with any nation or country, it can be decided only by a properly established government. In any case, no human being has any right by himself to take human life in retaliation or for causing mischief on this earth. Therefore it is incumbent on every human being that under no circumstances should he be guilty of taking a human life. If anyone has murdered a human being, it is as if he has slain the entire human race. These instructions have been repeated in the Holy Quran in another place saying:

Do not kill a soul which Allah has made sacred except through the due process of law ... (6:151)

Here also homicide has been distinguished from the destruction of life carried out in pursuit of justice. Only a proper and competent court will be able to decide whether or not an individual has forfeited his right to life by disregarding the right to life and peace of other human beings. The Prophet may God's blessings are on him, has declared homicide as the greatest sin only next to polytheism. The Tradition of the Prophet reads: "The greatest sins are to associate something with God and to kill human beings."

In all these verses of the Quran and the Traditions of the Prophet the word 'soul' (nafs) has been used in general terms without any distinction or particularization which might have lent itself to the elucidation that the persons belonging to one's nation, the citizens of one's country, the people of a particular race or religion should not be killed. The injunction applies to all human beings and the destruction of human life in itself has been prohibited.