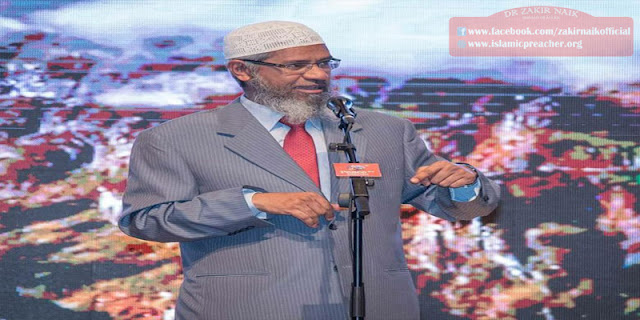 Minutes after it was reported that Dr Zakir Naik will be sent back to India from Malaysia, the IRF (Dr Zakir Naik's banned organization) denied the news. In a statement issued through his organization Islamic Research Foundation, Dr Zakir Naik dismissed reports of his coming back to India as “totally baseless and false”. He added that he had no plans to return unless he feels safe and is sure of not being subjected to “unfair prosecution”.

"The news of my coming to India is totally baseless and false. I have no plans to come to India till I don't feel safe from unfair prosecution. In'sha'Allah when I feel that the government will be just and fair, I will surely return to my homeland," read Dr Zakir Naik’s statement. The Islamic Preacher is accused of delivering hate speeches, laundering money and financing terror groups.

As soon as the news broke, the lawyer of the 'Islamic Preacher' had also rubbished Naik's extradition, saying there was no notice from the government in this regard as yet. The Indian authorities have not confirmed Naik’s extradition. However, sources have confirmed that the extradition process is on.

The government is awaiting a response from Malaysia and then India will have to provide supporting documents. Malaysia has not given any request but India is optimistic of a positive response. According to sources, the Ministry of External Affairs had made a formal request to the Malaysia government for Naik's extradition in January and has been pursuing it through diplomatic channels.

The MEA has not received any official confirmation in this regard from the Malaysian authorities. Sources also suggest that Naik's lawyers are in touch with the Malaysian law enforcement agencies and have not yet heard anything from the Indian side.

The National Investigation Authority had in 2017 filed a criminal case against him. Meanwhile, the NIA is having a regular contact with the concerned Indian agencies in Malaysia. The agency is working out the response required from the Indian law enforcement agencies to the changed Malaysian stance as regards Zakir Naik.

Meanwhile, the Malaysian media is also reporting that Naik will be extradited to India. After Prime Minister Narendra Modi’s recent visit to Malaysia, Malaysian Home Minister Tan Sri Muhyiddin Yassin had stated that Naik was subject to the rule of law.

Later last year, a report had also claimed that Malaysia has granted permanent residency to the founder of Islamic Research Foundation. It was in November 2016 that the NIA had registered a criminal case against Dr Zakir Naik in Mumbai under various sections of the Indian Penal Code and Unlawful Activities (Prevention) Act.

At around the same time, the Central government had declared the Mumbai-based IRF as an "unlawful association". Naik had left India in 2016. He had hogged the limelight after it was found that his hate speeches had apparently inspired one of the attackers involved in Dhaka terror attack in 2016.