THE PROPHETIC CURE TO LONELINESS AND DEPRESSION 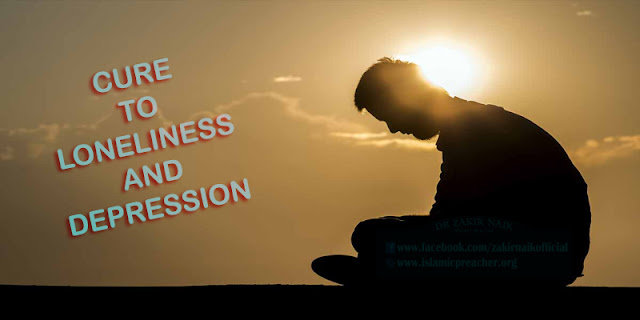 “Social media is making people depressed”, well at least that’s what leading researchers are telling us.

And despite the fact that we’re constantly surrounded by thousands of online Facebook friends, people are feeling lonelier than ever before. The very networks that were designed to bring us together are starting to make us drift apart in real life.

It’s about time we confront such mental health issues and what better place to look for solutions than in the teachings of the Prophet Muhammad (pbuh).

Here are six Sunnahs to combat loneliness and depression.

As Muslims, we are encouraged to get out of the house and come to the Masjid as often as possible, with the very least being once a week. Apart from the immense spiritual rewards we receive for attending, such congregations no doubt enhance social cohesion and uplift one’s sense of belonging to society.

Ibn `Umar (May Allah be pleased with them) reported: The Messenger of Allah (pbuh) said,

“Salat in congregation is twenty-seven times more meritorious than a Salat performed individually.”

2) GIVE SALAAM TO ONE ANOTHER

If praying side by side wasn’t enough, the Prophet (pbuh) would also constantly advise us to give greetings of peace to one another, whether it’s to those we know or those we don’t. He would also encourage us to greet one another with a smile on our faces, for it is recorded as a charity.

‘Abdullah Ibn ‘Umar narrated that a man asked the Messenger of Allah (pbuh) “What is the best thing in Islam?”

(Bukhari and Muslim).
3) ASK ABOUT PEOPLE’S WELL BEING

After greeting one another, the next thing to do is to ask how people are going. This is a major neglected Sunnah that really makes sure people feel significant in society and deeply valued.

In one renowned incident, the Prophet (pbuh) asked about the well being of the humble mosque caretaker, only to find out she had passed away without anyone telling him. At this news, he became very upset. “Why didn’t anyone tell me?” he demanded, before personally going to prayer over her grave.

Abu Hurayrah also reported that a black man or a black woman used to take care of the mosque, then he or she died. The Prophet (pbuh) asked after him (or her) and was told that he had died.

He said: “Why did you not inform me? Show me his grave (or her grave).” Then he went to the grave and offered the funeral prayer over it.”

The Prophet encouraged those who love one another to express their love, whether it is by simply telling your brother that you love him for the sake of God, saying a kind word or even giving gifts.

The quality of making people feel special was in fact so embedded in the personality of the Prophet, that many of the companions mistakenly believed that they were, in fact, the closest and most beloved of all the companions to him.

The Prophet (pbuh) encouraged us to visit one another and to accordingly treat our guests well. In fact, he informed us that Allah explicitly loved a servant of His for the mere act of him visiting his brother for the sake of God without expecting any favours.
6) STICK AROUND IN THE HARD TIMES

The importance of visiting one another is emphasised even more when our friends are sick or going through difficulty. No doubt in such circumstances, one is more prone to feelings of depression and grief and the Prophet knew (pbuh) the importance of company.

The Prophet (pbuh) informed us that were we to visit our brothers or sisters at times of sickness, we shall find Allah with them. And were we to simply console our brothers at the time of calamity or at the loss of a loved one, Allah will clothe us with an honourable garment on the Day of Resurrection.

No doubt, mental health is a serious issue and there are many treatments available, but for those struggling with depression, loneliness and feelings of social exclusion, we pray that these short tips will not only help you but those around you alleviate such feelings and ensure that everyone around us feels valued and appreciated.