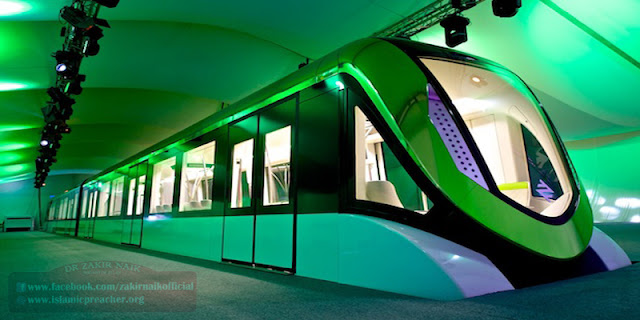 MAKKAH – The Chinese company which constructed Makkah Light Rail has started on Wednesday, June 20 the testing of the railway in preparation for Hajj, which starts in August, China.org.cn reported.

China Railway Construction Corporation Limited (CRCC) was in charge of the construction of Makkah Light Rail. The company regained the operation contract worth US Dollars 93 million in April 2018 as approved by the Saudi government.

The company had operated the light rail during 2010-2014 after the construction was completed, carrying out about 15 million trips.

According to The Independent, the number of Muslim pilgrims who traveled to Makkah for Hajj in 2017 was approximately two million people.

The light rail, which is the first railway built by a Chinese company in the Middle East, will ease congestion on the road in Hajj pilgrimage season and provide an easy transportation for pilgrims as it links three main Hajj destinations.

In 2009, CRCC won the bidding of the project, which extends for 18.25 km and includes nine stations. The company finished its construction in 16 months.

The Hajj is an annual Islamic pilgrimage to Makkah, the holiest city in Islam. It’s a mandatory religious duty for able Muslims who must accomplish it at least once in their lifetime.

Makkah is located at the western part of the Arabian Peninsula. It lies at a height of 277 m above sea level with a population of two million people. The city’s Hijazi Adnanite Arabized Semitic identity makes it unique and different from Arab Qahtani cities in Saudi Arabia.

According to 2005 records, more than 15 million Muslims visit Makkah annually. As a result, Makkah is one of the most cosmopolitan cities in the Islamic World.

The holiest city in Islam is the birthplace of Prophet Muhammad (PBUH), and the site of the Holy Qur’an revelation. Makkah is also the home to the Kaaba; the holiest site in Islam and the direction of Muslim prayers.