WHY I REVERTED TO ISLAM - (SARAH JOSEPH) 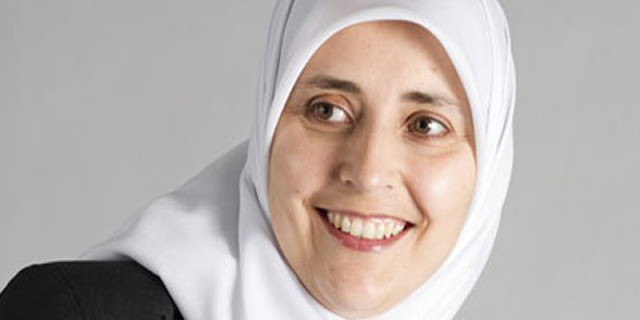 Q: Could you please tell us what made you convert to Islam and elaborate more on your first experiences (postive/negative) when you first become a Muslim.

A: I was a practicing Roman Catholic. I was a very serious teenager into social issues, politics and religion. My faith meant a lot to me and it impacted on my social conscience. My family were Liberals though and not religious. My Mother says that I was always religious - since I was tiny child.

When I was about 13 my brother embraced Islam to get married. I was very angry with him. I felt that he had sold his hereafter for a marriage. I was also very scared for him because Islam was so alien, and I had a lot of negative views about it. I had been brought up to never be prejudice however, and it felt uncomfortable to have these negative feelings. I knew that I was fearly of the unknown and that fear was caused by ignorance. I decided to find out more about Islam but was never told anything accurate. This made me more curious - 'how come no one knows anything about this religion?' I thought.

So I set about finding more and one question led to another.

A bit later on I ceased to be a Catholic. This had nothing to do with Islam but was due to the rule of Papal Infallibility. I could not accept that this rule which is so central had come about because of the unification of Italy. I also had problems with the notion of Original Sin and its implications for the Crucifiction.

I did not become a Muslim though - did not want to become one. It seems so much hassle.

So I continued my life - neither a Muslim nor as a Christian. Rather I just tried to submit to God. There was something though that kept me pulling towards Islam. It kept answering my questions - a simple belief in One God, the position of Christ - born of a Virgin through the power of God, but not because of his Divinity. Also, the Qur'an unchanged.

The final thing which made me accept Islam was seeing someone pray. As they went down into prostration - I thought that "this is submission". And sumitting to God was what I wanted.

It was hard in the beginning. I have always tested my faith. But ultimately Islam makes no gratuitous demands on my logic. It appeals to my logic as well as my heart. And I have never not found an answer to a question.