WHAT ARE THE SIGNS OF SORCERERS, FORTUNETELLERS AND SOOTHSAYERS? 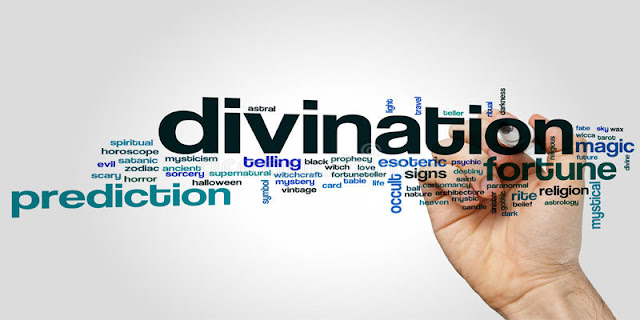 There are a number of things by which we can say if a person is a sorcerer or a charlatan and among them, the most important is that he claims to know the unseen. Even if the person does not say that openly but he will talk about matters of unseen which are clear lies and falsehood. He will claim to solve certain problems and claim that he knows exactly what the future holds. He will claim that certain rituals and sacrifices will make a person get whatever he wants. Remember it is all lies and falsehood. Whatever he claims to know, know that he does not know any of it. These are their deceitful practices to take away the peoples wealth unjustly and often they involve devils in their evildoings.

Some of their lies can come true if Allah wills but most of it will be lies. Only the gullible falls prey to such evil. Their lies are onlooked because few of them did come true.

They are also not righteous. They are never keen to worship. They may have their own rituals and practices that are not known to common people and they tend to keep secrets. They are also often exposed for their lies and in matters dealing with women. It often comes to light that they have committed haraam actions involving women, such as being alone with them or touching women using the excuse of healing. They tend to exploit people by claiming to be faith healers and practicing things that are far from Islam.

They ask for the name and other details of the person who comes to them. They use bukhoor(incense) sticks and very strange things. They write Quran with impure substances (and menstrual blood) and while being impure themselves. They ask to offer sacrifices of animals and sometimes other kinds of sacrifices in the name of someone other than Allah. They use large rings and other ornaments.

They do not fo ghusl after janaabah (impurity following sexual activity); They recite and write strange words that are not known to common people. They use secret signs and charms. They use amulets and give amulets to people who come to them. They may pretend to recite Qur’aan in the beginning to deceive the person who has come to them.

We ask Allaah to protect us from their tricks, for He is the Best of protectors and the Most Merciful of those who show mercy.