LOVE AND AFFECTION BETWEEN HUSBAND AND WIFE - DR. ZAKIR NAIK. 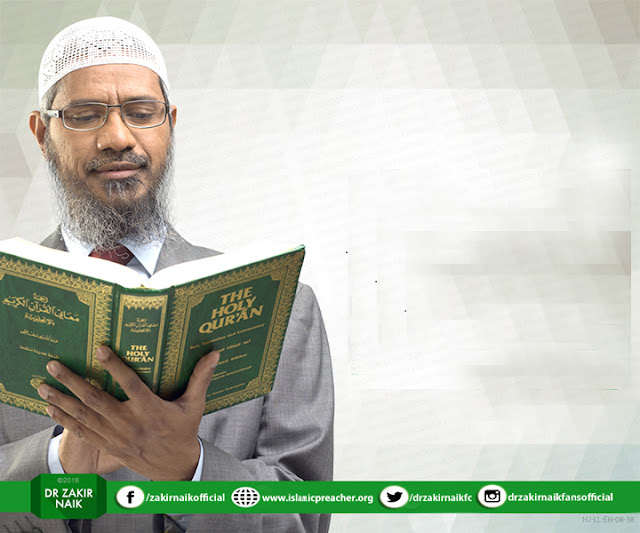 Q: Allah says in Quran that He has given love and affection between husband and wife, so I wanted to know how did the Prophet tendered his love and affection to all his wives, in a nutshell I want to ask you the romantic life of Prophet Muhammad (peace be upon him)?

A: Brother has asked a question that Quran says that“Allah has put love and mercy between the hearts of men and women.” What he is quoting is the verse of the Quran of Surah Al-Rum, Ch-30, V-21, where in Allah says,“Allah has put love and mercy in the hearts of men and women.” Many people think love!… means Haram! Taboo in Islam! See love is not taboo in Islam but done according to Quran and Hadith is right. Love what they have LBW in colleges; you know love before wedding, not in cricket. Love before wedding that you go to movie theatre alone and check on girlfriend, that’s all haram. But love between man and women done in a right way is good. Therefore beloved Prophet Muhammad (peace be upon him) said that, “If you have sex with your wife, its charity.” Sahaba said, “Having sex with wife! Charity? we don’t understand? Prophet said that, “Because you are not doing anything haram, you are not doing zinah (adultery), you are doing halal, that is charity”. So imagine! One thing you will find in the hadith that Masha’Allah unlike the other religious scriptures, when they talk about love making, when they talk of married life, many a times it seems to be obscene but in the example given in the Quran and the Hadith, Alhamdulillah are phenomenal and in the Quran it’s out of the question. The words used in the Quran… see a same thing can be described in a way that is Masha’Allah very modest, various example are there like Surah Al-Baqarah, Ch-2, V-221. Various examples you can find in the Quran. Where time will not give me permission to give all the examples unless you ask. Like there are many words used which are not obscene. Similarly we see the life of Prophet Muhammad (peace be upon him), there are various Hadiths about how the Prophet behaved with his wife. What we learn in Medical Books, that when you have sex, foreplay is required, same thing is in the Hadith but in a good way.

Like in the Islamic Concept you feel that a wife cannot even call her husband’s name, she says, “Can’t call by name”, “Suniye…” (Listen…), means wife taking the name of her husband is taboo. There is no hadith saying wife taking name of her husband is wrong. Its fine you should respect your husband but “Suniye…”? How you behave is very important but in the hadith Prophet always said that, “you should not discuss the intimacy of husband and wife in public”. Therefore you won’t find any hadith talking about vulgarity, which you seem vulgar. Neither should you discuss about your wife with your friends also, about personal things, about other things you need advice what should you do, that is other thing but about the sexual relationship, it is not permissible for men to discuss with other men or women to discuss with other women, it is a personal thing. What is haram is mentioned in the Quran, few things are haram. Many people think “bahut haram, bahut halal” (lot of haram, lot of halal), Islam has so many Do’s and Don’ts. But there are only 70 major Do’s and Don’ts, minor are many. But in this world you can do million things. According to Imam Ad-Dhahabi there are 70 major sins, minor may be many more but percentage wise the Do’s and Don’ts are less than one percent. Out of 100 things only 1 percent may be coming in Dos and Don’ts. Similarly in the sexual life the Prophet has given hadith in which this is prohibited – as Allah says in the Quran in Surah Al-Baqarah, Ch-2, V-223, “Your wives are as a tilth unto you; so approach your tilth when or how ye will;…” but what is prohibited that you cannot approach from the rear private part which is prohibited. That’s it! Everything else is permitted. It’s very clear cut and which even scientifically anal sex is harmful. Anything else you can explore the way you want, its permitted, there may be certain things which may be ‘mustahab’ (recommended), certain things which may be ‘mubah’ (optional) , maybe ‘makroo’ (disliked) but what is haram (prohibited) has been specified. What is haram is haram and what is ‘Fardh’ is ‘Fardh’ (Obligatory), everything else comes in ‘Mubah’ or maybe ‘mustahab’ or ‘makroo’.

Everything else comes in permissible. So to say anything is haram you have to get the text from the Quran or the Hadith. If you cannot support any of your text for haram, everything becomes halal. So there are various hadith that Prophet spend time, sometimes more with this wife, sometimes that wife but overall he was equal. There are various instances that some of the wives were young, some of the wives played with things when they were very young, so the Prophet did permit, there are instances when Hazrat Aisha (may Allah be pleased with her), she wanted to see the program that was there in the Arab custom that she wanted to watch so the hadith says that hazrat Aisha (may Allah be pleased with her), she saw from one side of the Prophet, you know she climbed on the Prophet’s back but seeing to it that she maintains her hijab and she peeped above the shoulder, so that means a wife can even look from behind the husband’s back, can climb on husband’s back, so there are hundreds of hadith, you can give a talk only on this.

What the prophet did, how did he laugh and how did he joke but everything was in the purview of the Sharia so what is haram you should know everything else is halal. There is no verse in the Quran that says calling the name of husband is haram so it is permissible, it may be the culture, “Suniye…”