ADVICE TO ONE WHO DOES NOT WANT TO GET MARRIED 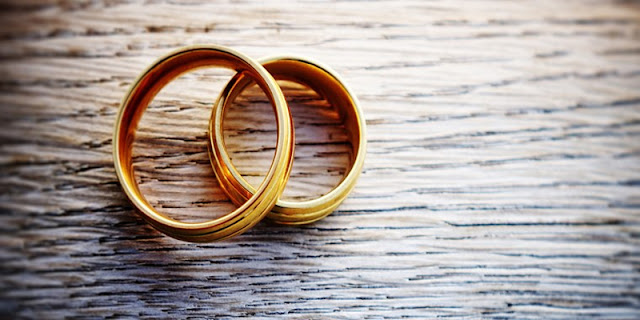 You should note that people are not all the same when it comes to marriage. The basic principle that marriage, which was the way of the Prophet (peace and blessings of Allah be upon him), is prescribed, applies to all people, but it may be more important in the case of some people than others.

If you think that not getting married is an act of worship by means of which you can draw closer to the Lord of the Worlds, and you think that if you avoid marriage this will raise you in status before Allah, you are mistaken and there is the fear that you may be sinning.

If you do not want to get married because you have no sexual desire, or you think that you are not able to fulfil the duties of marriage, and you are afraid of falling short in meeting a wife’s needs, I say to you: In that case there is no sin on you if you do not get married, but do not rely on your thoughts and notions. Rather you should consult a specialist doctor and ask him for advice, for he is most able to diagnose your condition, and he may have some advice for treatment that has never crossed your mind. So do not hesitate to visit him and do not let shyness stop you, for matters of medical treatment are not the place for shyness.

If you say that you are afraid of being poor, and you do not have enough wealth to look after a family, I say to you: Try your best to earn a living and be content and think positively of Allah, for He has promised on the lips of His Prophet (peace and blessings of Allah be upon him) that He will help the one who wants to be chaste and seeks that which is halaal by getting married.

It was narrated that Abu Hurayrah (may Allah be pleased with him) said: The Messenger of Allah (peace and blessings of Allah be upon him) said: “There are three whom Allah is bound to help: the mujaahid who strives (in jihad) for the sake of Allah, the mukaatib (a slave who has made a contract of manumission with his master) who wants to pay off his manumission, and a man who gets married, seeking to remain chaste.” Narrated by al-Tirmidhi (1655), classed as hasan by al-Albaani in Saheeh al-Tirmidhi.

Marriage has never been a barrier to achieving things, rather in most cases it is a support and a help. That is just the whisperings of the shaytaan, which he has instilled in the minds of many young men so that it has become prevalent in our culture and society, and you hear many of those who have delayed their own marriages or the marriages of their sons and daughters saying such things, and our society has become burdened with problems resulting from large numbers of single men and women, and the delay of marriage, but despite that we have not seen any achievement, development or progress, whereas the first generation of Muslims used to hasten to do good and they did not delay marriage, and their achievements were the greatest and most complete of achievements.

What is required is to hasten to get married, and no young man or young woman should delay marriage for the sake of studies, because marriage does not prevent any such thing. It is possible for a young man to get married in order to protect his religious commitment and morals, and enable him to lower his gaze. Marriage serves many purposes, especially in this day and age. Because delaying it is harmful for both young women and young men, every young man and every young woman should hasten to get married if there is a man who is compatible with the woman, and if a man can find the right woman. End quote.

And over and above all that, how about if you realize that marriage will protect half of your religion?

It was narrated from Anas ibn Maalik (may Allah be pleased with him) that the Messenger of Allah (peace and blessings of Allah be upon him) said: “Whomever Allah has blessed with a righteous wife, He has helped him with half of his religion, so let him fear Allah with regard to the other half. Narrated by al-Haakim in al-Mustadrak (2/175), al-Tabaraani in al-Awsat (1/294) and al-Bayhaqi in Shu’ab al-Eemaan (4/382). Al-Haakim said: This is a hadeeth with a saheeh isnaad, although they (al-Bukhaari and Muslim) did not narrate it. Al-Dhahabi said in al-Talkhees: it is saheeh. It was classed as hasan by al-Albaani in Saheeh al-Targheeb (2/192).

How about if you realise that by getting married, you will have followed the advice of the Messenger of Allah (peace and blessings of Allah be upon him) when he said:  “O young men, whoever among you can afford it, let him get married, for it is more effective in lowering the gaze and guarding one’s chastity.” Narrated by al-Bukhaari (5065)and Muslim (1400).

How about if you realize that by producing a righteous child you will have ongoing charity (sadaqah jaariyah), if you raise him with good morals and faith, and you will be rewarded for your marriage if you seek reward with Allah for that.

By getting married, you will be protecting yourself, lowering your gaze, and closing the door to one of the greatest means by which the shaytaan deceives people. You may not feel the seriousness of that now, but fitnah may come from places a person does not realize, so you should be keen to close the door before it is opened without you realizing it.

The Prophet (peace and blessings of Allah be upon him) said: “I have not left behind me any fitnah more harmful to men than women.” Narrated by al-Bukhaari (5096) and Muslim (2741).

Marriage is a source of tranquillity and peace, and it is the best of the pleasures of this world. In it is that which Allah has made a sign for His slaves, and He has mentioned it in His Book so that they may think and ponder the greatness of His might, may He be glorified and exalted. Allah says (interpretation of the meaning):

“And among His Signs is this, that He created for you wives from among yourselves, that you may find repose in them, and He has put between you affection and mercy. Verily, in that are indeed signs for a people who reflect”

Can there be any hesitation after this?

Be resolved and put your trust in Allah, and Allah will help you, and will provide you with a righteous wife who will help you to obey your Lord and He will bless you with righteous offspring who will be a stored treasure for you with Allah in the Hereafter.