VISITING THE RUINS OF THE PEOPLE OF SHU’AYB 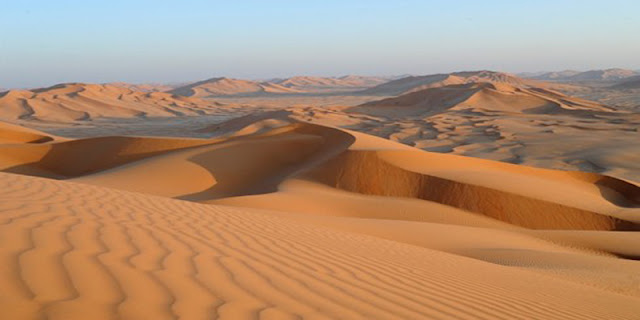 The prophet Shuayb (peace be upon him) was sent in the north western part of the Arabian peninsula which nowadays is called al-Bada and the surrounding region(the dwellings of madyad). Allah knows best if that is true but most of the scholars of this opinion.

If it is true then it is not permissible to enter these places to take a look and with the sole intention to look around, because the Prophet (blessings and peace of Allaah be upon him), when he passed by al-Hijr – which was the dwelling place of Thamood – said: “Do not enter the dwelling places of those who wronged themselves, lest there befall you what befell them, unless you are weeping.” Then he covered his head and hastened until he left the valley. Narrated by al-Bukhaari in his Saheeh from Ibn ‘Umar (may Allaah be pleased with him).

According to another report, he said: “Do not enter upon those who are being punished unless you are weeping, lest there befell you something like what befell them.”

Ibn al-Qayyim (may Allaah have mercy on him) said, another ruling is that the one who passes by the dwelling place of those with whom Allah is angry and who are being punished should not enter it or stay there rather a person must hasten to run away from that place and cover his head until he has passed it and he should not enter upon them unless he is weeping and learning a lesson. And the Prophet (blessings and peace of Allaah be upon him) hastened through the valley of Muhassir between Mina and Muzdalifah, which is the place where Allaah destroyed the elephant and its people. End quote from Zaad al-Ma’aad, 3/560

Al-Haafiz ibn Hajar (may Allaah have mercy on him) said in his commentary on the hadeeth quoted above: This applies to the dwellings of Thamood and others who were like them. Fath al-Baari, 6/380.

And Allaah is the source of strength. May Allaah send blessings upon our Prophet Muhammad and his family and Companions.