WHAT DOES ISLAM SAY ON RISKY SPORTS? 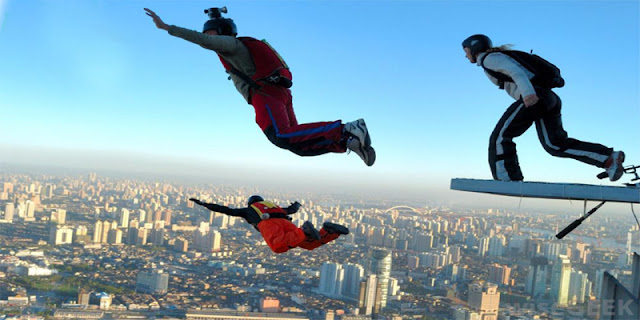 Just as Islam has commanded the Muslim to take care of his physical well-being, so too it forbids him to do any kind of harm to his body. The Prophet (peace and blessings of Allaah be upon him) said: “There should be no harming or reciprocating harm.” (Narrated by Ibn Maajah,Kitaab al-Ahkaam, 2332; Ahmad, 2719; Maalik, 1234).

The matter of extreme or dangerous sports has been widely discussed by scholars of deen.

The author of al-Durr al-Mukhtaar said: “According to the Hanafi fiqh, ‘… all kinds of dangerous sports are permitted to the one who is skilled and is most likely to be safe from harm, such as archery/shooting, or hunting snakes. Watching these sports is permitted in such cases.’” (See al-Durr al-Mukhtaar, 6/404)

Some conditions for doing or watching these sports:

A person must be completely proficient and skillful. This level cannot be achieved without any repeated practice and training until he is capable to do it proficiently. However, if the training for this sports requires you to leave the obligatory duties then it is not permissible and is haram. But if no such neglect results from this practice and training, then the view that it is permitted is applicable, and it is also permitted to watch.

The sport must be most likely very safe. If there is a small possibility that the sport is not safe then it becomes haram to participate in it as it can lead to the death of that person. We are forbidden to reach towards such things because Allaah says (interpretation of the meaning):

“…and do not throw yourselves into destruction…”

Participating in such dangerous sports where the danger is too much and highest degree of proficiency is required, must not be done for money. It is haraam to take payment for such sports because this is regarded as consuming people’s wealth unlawfully, as there is no benefit in it.

These things should be limited to special occasions and celebrations, provided that they comply with the conditions mentioned above.

The soundness of this opinion is based on the reports about the Ethiopians playing in the mosque, so these matters should be restricted to the days of Eid. By analogy, they may also be done on other special occasions and celebrations. Similarly, such sports are regarded as permissible on the condition that there is no mixing of men and women, and that the ‘awrahs of the players are not visible, and that no games of magic are involved.