RULING ON COMMITTING SUICIDE BECAUSE OF DEPRESSION 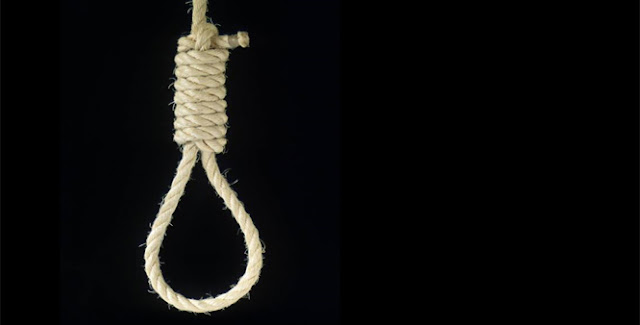 It was narrated from Thaabit ibn Dahhaak (may Allah be pleased with him) that the Messenger of Allah (blessings and peace of Allah be upon him) said: “Whoever kills himself with something will be punished with it on the Day of Resurrection.” Narrated by al-Bukhaari (5700) and Muslim (110).

It was narrated that Jundub ibn ‘Abd-Allah (may Allah be pleased with him) said: The Messenger of Allah (blessings and peace of Allah be upon him) said: “A man among those who came before you was wounded. He panicked and took a knife and cut his hand, and the bleeding did not stop until he died. Allah, may He be glorified and exalted, said: ‘My slave hastened his death; I have forbidden Paradise to him.” Narrated by al-Bukhaari (3276) and Muslim (113).

The believer has to be patient and to seek the help of Allah, may He be exalted, and understand that no matter what hardship befalls him in this world -- no matter how severe it is -- the punishment of the Hereafter is worse than it. It is not acceptable according to anyone who is of right mind to run away from the heat of the desert and throw himself into the fire. How can he flee from temporary hardship and difficulty -- which inevitably will come to an end -- to an eternal punishment which has no end?

Calamity is part of the natural order of things and hardly anyone is safe from it.

If the believer handles it well and is patient, and it becomes a means that makes him turn back to Allah and strive hard in worship and righteous deeds, then the calamity will have been good for him and will be expiation for his sins, and perhaps he will meet Allah with no burden of sin.

The Prophet (blessings and peace of Allah be upon him) said: “No pain, hardship, sickness or grief befalls a believer, not even worry that befalls him, but some of his bad deeds will be expiated.” Narrated by al-Bukhaari (5642) and Muslim (2573).

Al-Tirmidhi (2399) narrated that Abu Hurayrah (may Allah be pleased with him) said: The Messenger of Allah (blessings and peace of Allah be upon him) said: “Calamities will continue to befall believing men and women in themselves, their children and their wealth, until they meet Allah with no burden of sin.” Classed as saheeh by al-Albaani in Silsilat al-Ahaadeeth al-Saheehah (2280).