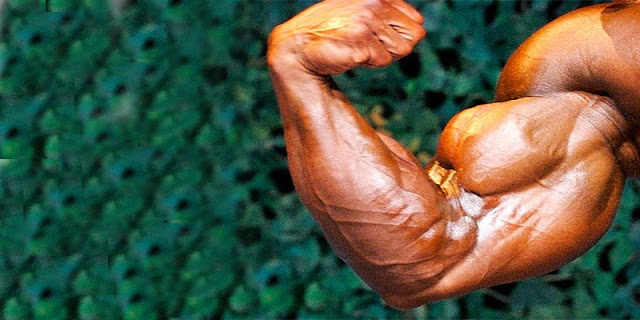 The aim of the bodybuilding is to make the body strong and sound. It is a desirable and important goal according to islam.

Islam encourages the well being of a person both physically and mentally. It encourages all kinds of sports and activities that strengthen the body and help in maintaining good health apart from providing relaxation and leisure. Some of the sports that are encouraged by islam include swimming, shooting, horse-riding, sword-fighting and wrestling.

However it must be noted that the encouragement does not mean that a person makes these activities as the goal of his life. It encourages us to engage in them but not become obsessed with them, rather sport is considered to be a means of protecting the sacred limits of Islam and the dignity and rights of the Muslims, in the belief that strength is one of the most important means of achieving victory and prevailing in the face of challenges and warding off the threats that face Islam.

If the purpose of sport is to prepare the body to be fit to carry out the duty of jihad so as to make the word of Allaah supreme, then sport is essential. Allaah says (interpretation of the meaning):

“And make ready against them all you can of power, including steeds of war…”

And the Messenger of Allaah (peace and blessings of Allaah be upon him) said: “The strong believer is better and more beloved to Allaah than the weak believer.” Narrated by Muslim, 6774.

If it involves something haraam, such as missing prayers, uncovering any part of the ‘awrah or mixing with women and so on, then it is haraam.

In bodybuilding, the one who engages in bodybuilding, they uncover their awrah when practicing this sport which is without any doubt haraam. The ‘awrah of a man extends from the navel to the knee, and it is not permissible for him to uncover it in front of anyone other than his wife. It is also not permissible for him to look at the ‘awrah of anyone else.

The basic principle concerning this matter is the hadeeth of the Prophet (peace and blessings of Allaah be upon him): “What is between the navel and the knee is ‘awrah.” Al-Albaani said in Irwa’ al-Ghaleel, 281; (it is) a hasan hadeeth.

But following two points should be noted:

1. The motive must not be as that if showoff or self-admiration. Some people who are engaged in these sports are driven by self-motivation and love of pride and showing off. They love their bodies a lot more than is required because of their beautiful bodies and strong muscles… and other bad motives, some of which are worse than others. The believer should shun such things and seek the adornment of good attitude, humility and fairness.

2. Going to extremes in making the body look good and being concerned about the good looks is nkt a good thing. A muslim is required to keep up the good health but not being obsessed with something and make that center of his life. What is good in this regard is that which helps the Muslim to maintain good health, to practice Islam, to engage in jihad for the sake of Allaah and to do the acts of worship which require physical strength such as Hajj.

By being extreme in this regard usually, distract the Muslim from doing things that are more important.

What benefit can a Muslim gain if his body is as strong as a bull, but his heart is devoid of faith and all virtue?

We ask Allaah to help us to do that which is good for us and will bring us happiness in this world and in the Hereafter.

May Allaah send blessings upon our Prophet Muhammad.