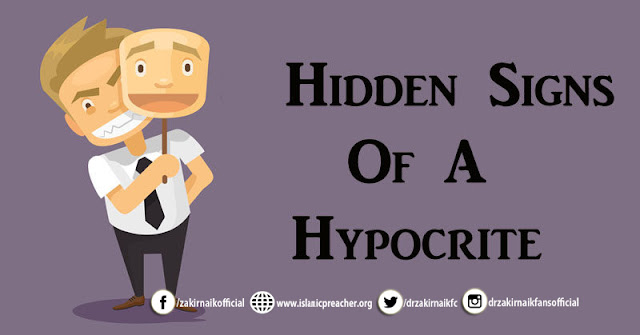 Hypocrisy is a serious sickness and a great crime. It means making an outward display of Islam whilst inwardly concealing kufr. Hypocrisy is more dangerous than kufr (disbelief) and the punishment for it is more severe, because it is kufr mixed with Islam and its harmful effects are greater. Hence Allah will put the hypocrites in the lowest level of Hell, as He says (interpretation of the meaning):

“Verily, the hypocrites will be in the lowest depth (grade) of the Fire; no helper will you find for them[al-Nisaa’ 4:145]

“(They are) swaying between this and that, belonging neither to these nor to those; and he whom Allah sends astray, you will not find for him a way (to the truth — Islam)”[al-Nisaa’ 4:143 – interpretation of the meaning]

Because of the corruption of their hearts, the hypocrites are the most averse of mankind to the religion of Allah, as Allah tells us about them (interpretation of the meaning):

“And when it is said to them: ‘Come to what Allah has sent down and to the Messenger (Muhammad),’ you (Muhammad) see the hypocrites turn away from you (Muhammad) with aversion”

The dealings of the hypocrites revolve around their own interests. When they meet the believers, they make a show of belief and loyalty, in order to deceive the believers and as an action of dissimulation, hoping for whatever good and war-booty they have. But when they meet their masters and chiefs, they say, we are with you in your shirk and kufr. Allah says concerning them (interpretation of the meaning):

“And when they meet those who believe, they say: “We believe,” but when they are alone with their Shayaateen (devils — polytheists, hypocrites), they say: “Truly, we are with you; verily, we were but mocking

Allah mocks at them and gives them increase in their wrong-doing to wander blindly”[al-Baqarah 2:14-15]
The hypocrites have many characteristics, the worst and most serious of which is disbelief in Allah. Allah says (interpretation of the meaning):

“And when it is said to them (hypocrites): ‘Believe as the people (followers of Muhammad, Al-Ansaar and Al-Muhaajiroon) have believed,’ they say: ‘Shall we believe as the fools have believed?’ Verily, they are the fools, but they know not”[al-Baqarah 2:13]

Among their characteristics are enmity and envy (hasad) towards the believers, as Allah says (interpretation of the meaning):

“If good befalls you (O Muhammad), it grieves them, but if a calamity overtakes you, they say: ‘We took our precaution beforehand’ and they turn away rejoicing”[al-Tawbah 9:50]

Among their characteristics is mockery of Allah, His Messenger and His religion. Allah says (interpretation of the meaning):

“If you ask them (about this), they declare: ‘We were only talking idly and joking.’ Say: ‘Was it at Allah, and His Ayaat (proofs, evidences, verses, lessons, signs, revelations, etc.) and His Messenger that you were mocking?’

Make no excuse; you disbelieved after you had believed”[al-Tawbah 9:65-66]

Among their characteristics is that they spread corruption on earth, with disbelief, hypocrisy and sins. Allah says (interpretation of the meaning):

“And when it is said to them: ‘Make not mischief on the earth,’ they say: ‘We are only peacemakers.’

Verily, they are the ones who make mischief, but they perceive not”[al-Baqarah 2:11-12]

Among their characteristics are slander and lies. Allah tells us about them (interpretation of the meaning):

“They swear by Allah that they are truly, of you while they are not of you, but they are a people (hypocrites) who are afraid (that you may kill them)”[al-Tawbah 9:56]

Among their characteristics is that they enjoin what is evil and forbid what is good, and they are stingy with their wealth. Allah says concerning them (interpretation of the meaning):

“The hypocrites, men and women, are one from another; they enjoin (on the people) Al-Munkar (i.e. disbelief and polytheism of all kinds and all that Islam has forbidden), and forbid (people) from Al-Ma‘roof (i.e. Islamic Monotheism and all that Islam orders one to do), and they close their hands [from giving (spending in Allah’s Cause) alms]. They have forgotten Allah, so He has forgotten them. Verily, the hypocrites are the Faasiqoon (rebellious, disobedient to Allah)”[al-Tawbah 9:67]
Among their characteristics are greed and avarice:

“And of them are some who accuse you (O Muhammad) in the matter of (the distribution of) the alms. If they are given part thereof, they are pleased, but if they are not given thereof, behold! They are enraged![al-Tawbah 9: 58 – interpretation of the meaning]

Among their characteristics are those which were described by the Messenger (peace and blessings of Allah be upon him):

Among their characteristics is a concern with appearances and fancy speech whilst they are inwardly corrupt. Allah says concerning them (interpretation of the meaning):

“And when you look at them, their bodies please you; and when they speak, you listen to their words. They are as blocks of wood propped up. They think that every cry is against them. They are the enemies, so beware of them. May Allah curse them! How are they denying (or deviating from) the Right Path?”[al-Munaafiqoon 63:4]

“Surely, Allah will collect the hypocrites and disbelievers all together in Hell”[al-Nisaa’ 4:140 – interpretation of the meaning]

But because of the seriousness of the harm they cause, the hypocrites will be in the lowest level of Hell, as Allah says (interpretation of the meaning):

Because the danger posed to the Muslim ummah by the kuffaar and hypocrites is so great, Allah commanded His Messenger to strive against them:

“O Prophet (Muhammad)! Strive hard against the disbelievers and the hypocrites, and be severe against them; their abode will be Hell, and worst indeed is that destination”

[al-Tahreem 66:9 – interpretation of the meaning]