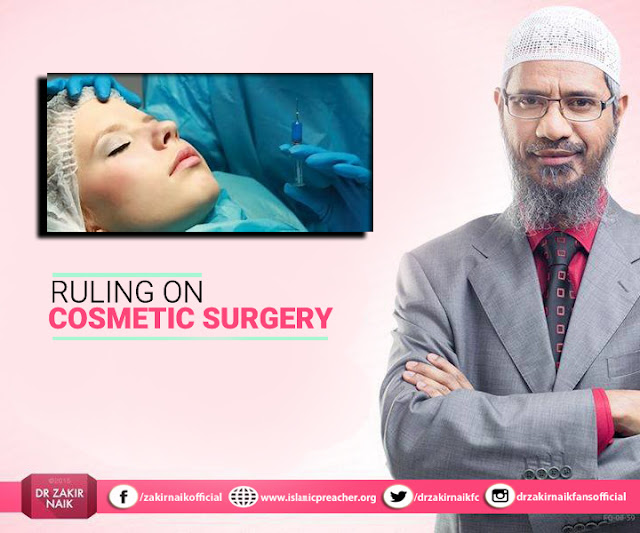 Cosmetic surgery may be divided into two categories:

These are unavoidable. These are operations done on a person to remove any faults caused by accidents, sickness, burns etc. Or are done to remove congenital defects that a person is born with.

Such kind of cosmetic surgeries is permissible as the one who opts for it does not intend to distort the creation of Allah.

(i) It was narrated from ‘Arfajah ibn As’ad that he lost his nose in the battle of al-Kulaab during the Jaahiliyyah, so he wore a nose made of silver but it became putrid, so the Prophet (peace and blessings of Allaah be upon him) told him to wear a nose made of gold. Narrated by al-Tirmidhi, 1770; Abu Dawood, 4232; al-Nasaa’i, 5161. This hadeeth was classed as hasan by Shaykh al-Albaani in Irwa’ al-Ghaleel, 824.

(ii) It was narrated that ‘Abd-Allaah ibn Mas’ood said: I heard the Messenger of Allaah (peace and blessings of Allaah be upon him) cursing those women who pluck their eyebrows and file their teeth for the purpose of beautification and change the creation of Allaah. Narrated by al-Bukhaari and Muslim.

2 – The second type of cosmetic surgery is that which is done for the purpose of beautification.

The operations that are nowadays common and are opted by majority of the population are the ones that are done for the sole purpose of beautification. Examples of which are changing how jawline, nose, lips etc look by making them smaller or larger to make them more beautiful.

118. Allaah cursed him. And he [Shaytaan (Satan)] said: ‘I will take an appointed portion of your slaves.

A medical student or a doctor who learns they are of cosmetic surgery is not blamed or sinful because there is nothing wrong with learning it as it would be essential to treat the patients with genuine needs. A doctor should not do it in haraam situations, rather he should advise those who ask for that to avoid it because it is haraam. Perhaps if this advice comes from the lips of a doctor it will have more effect on a person.

If there is some defect in the nose and the purpose of the cosmetic surgery is to remove that defect, then there is nothing wrong with that.

But if the purpose is simply to make it more beautiful then it is not permissible to do this surgery.