What is the Ruling for Someone Who Has Thoughts of Disbelief Without Saying Them Aloud? 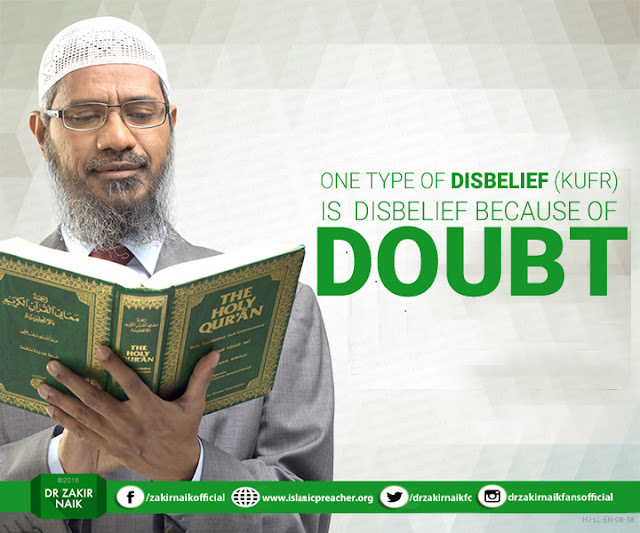 A Muslim is one who believes in everything that Allah has revealed through his book and his Messenger(Peace be upon him) There is no question of doubt in it. Whoever has doubts about Allah, the angels, the messengers, the resurrection, Paradise, Hell, or anything that has reached him of what Allah said (in the Qur’an) or that was conveyed by His Messenger (blessings and peace of Allah be upon him) is a disbeliever.

Allah, may He be exalted, says:

“And he entered his garden while he was unjust to himself. He said, ‘I do not think that this will perish – ever. And I do not think the Hour will occur. And even if I should be brought back to my Lord, I will surely find better than this as a return.’ His companion said to him while he was conversing with him, "Have you disbelieved in He who created you from dust and then from a sperm-drop and then proportioned you [as] a man’”

This verse is from the Surah Al-kahf where the example of a man with two gardens is explained. Allah says that he recieved great blessings from Allah but never thanked. Also, he had a doubt regarding the day of Judgement. He questioned it!

Muslim (27) narrated from Abu Hurayrah that the Prophet (blessings and peace of Allah be upon him) said: “I bear witness that there is no god but Allah and that I am the Messenger of Allah. No one will meet Allah with this (twin declaration of faith), not doubting it, but he will enter Paradise.”

Al-Bukhaari (86) and Muslim (905) narrated that the Prophet (blessings and peace of Allah be upon him) said: “It was revealed to me that you will be tested in your graves; it will be said: What do you know about this man? The believer or the one who has certain faith will say: He is Muhammad, the Messenger of Allah; he came to us with clear signs and guidance, and we responded and followed (him); he is Muhammad – three times.

Then it will be said to him: Sleep the sleep of the righteous, for we knew that you believed with certain faith in him. As for the hypocrite or the doubter, he will say: I do not know, I heard the people saying something so I said it.”

Classed as saheeh by al-Albaani in Saheeh Ibn Maajah.

For the above evidences, it becomes clear that a doubter is indeed a disbeliever and has no place in paradise. There is a great torment for the one who doubts in the Allah and his Messenger. Hence, whoever dies in the state of doubt about the fundamental beliefs of Islam will abide in hell forever. Allah does not accept anything from His slave except certain faith.