Story of Yajooj and Majooj – The Gog and Magog 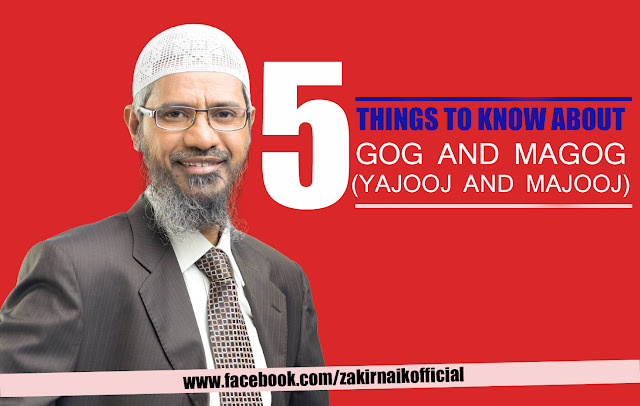 The story of gog and magog is described in Holy Quran in the chapter number 18 i.e. Surah Al Kahf. Almost Everyone already knows what destruction they will cause. Even if you know read the following 5 things that every believer must know about the brute tribes of Gog and Magog!

The story of Yajooj and Majooj, also recognized as the Gog and Magog, was widespread to a state that was cruel.

1. Gog and Magog are wild tribes and sons of Adam.

Gog and Magog are not beasts. They are from among the sons of Adam, yet they behaved like animals and formed tribes near Turks and created great chaos for them. They destroyed their lives, killed their families and damaged their crops. The lives of Turks were made depressing! Yaajooj and Maajooj used to live isolated from Turks but made their way to these communities and create turmoil among them.

King zulkarnain or Dhulkarnain was a Muslim king who traveled the globe and conquered almost most of it. He was Just and humble king and helped his people the best he could with the help of Allah. In Surah Al kahf it is described that once he was traveling north and came across the nation of Turks. They begged him to help them to get rid of the beastly tribes of Yajooj and Majooj. The King agreed and sensing the gravity of the trouble decided to help them. He sealed the crack in the mountain that connected the tribes with the Turks and from which they could come and harm the people of Turk. His seal imprisoned the cruel tribes.

3. Dulkarnain trapped them behind a metal wall.

In surah al Kahf Allah says that Dhulkarnain/zulkarnain built a high wall from an alloy of Iron. He melted the Iron and made a wall between two mountains so high and so strong that Gog and Magog are trapped inside it to this date.

No matter what they could not break it. Turks were freed from the chaos and destruction caused by Gog and Magog.

Although king Zulkarnain built a strong wall, he acknowledges that this wall will one day terminate and the wild tribes will be back and cause much havoc. This day will be near the Day of Judgement. It will happen because Allah will make it happen.

4. They will be back during the time of Essa(Jesus AS).

All believers believe that Jesus will descend from the heaven on to the earth and cause the end of Dajjal. It will be from his days that Gog and Magog will return. They have been trying to break that wall since the day it was completed. However, one day during the sovereignty of Essa (AS), an individual will rise from the tribe of Gog and Magog and he will be clever to break down the wall. That would be the period when Yajooj and Majooj will arise with full control again and will cause vast danger in the world.

But when Ya'jooj and Ma'jooj are let loose and they rush headlong down every hill" (Quran 21:97)

5. The will be destroyed for forever.

They will cause great corruption in the land and will kill ruthlessly. There will be a shortage of food and water. Then Essa AS and his followers will make dua to Allah subhana wa taala and these wild tribes will be killed by the rain of insects and worms.

And peace will prevail again.

Some Ahadith about Yajooj and Majooj

In a lengthy hadith by Hadhrat Nawwas ibn Sam'aan (R.A.) Rasulullah (Sallallahu Alayhi Wasallam) is reported to have said:

"...Allah will send revelation upon Eesa (A.S.) that 'Such a creation of mine is now going to emerge that no power will be able to stop them. Therefore take my servants and ascend the Mount of Toor.' Then Ya'jooj and Majooj will emerge and surge forth in all their fury. When those from among them who constitute the former part of their army pass the lake of Tiberias (which is in northern Palestine), they will drink up all the water of that lake and by the time those that constitute the latter part of that same army pass the lake, they will say, "There used to be water here (long ago). When they reach the Mount of Khamr in Jerusalem, they will arrogantly proclaim: 'We have conquered the people of the earth, now we will annihilate those in the sky.' So saying they will fire their arrows towards the sky. When the arrows return to the ground they will be blood stained.

In the meantime, Eesa (A.S.) will be on the Mount of Toor with his followers. At that time the head of an ox will be as valuable as is a hundred dinars to you in this day. [This indicates the scarcity of provisions]. Faced with these hardships, Eesa (A.S.) and his followers will make dua unto Allah (to remove this calamity). As a result, Allah will cause sores to appear on the necks of each and every individual of these people which will cause their death suddenly. When Eesa (A.S.) and his followers descend from the Mount of Toor there will not be a single space on the land where the dead rotting bodies of these people is not littered, giving off a horrendous odor. Eesa (A.S.) and his followers will once more supplicate unto Allah as a result of which Allah will send down huge birds whose necks will be as thick as that of the necks of camels, and they will dump these bodies in a place where Allah wills. (According to a narration by Tirmidhi, they will be dumped at a place called Nahbal).

Allah Ta'ala will then send down a heavy rain, the waters of which will flow in every part of the earth cleansing it thoroughly. It will rain for a period of forty days.

The Muslims will then burn the bows and arrows of the Ya'jooj and Ma'jooj for a period of seven years.

"On the day of Qiyamah Allah will say to Adam (A.S.) to pick out the Jahannamis from his entire progeny. Adam (A.S.) will ask: 'O Rabb, who are they?'

Allah will say: 'Nine hundred and ninety-nine of a thousand are Jahannami while the one is a Jannati.'

On hearing this the Sahaba were overtaken by fear and they asked "O Rasulullah (Sallallahu Alayhi Wasallam), who will that one Janniti be?'

Rasulullah (Sallallahu Alayhi Wasallam) said: 'Do not grieve, the nine hundred and ninety-nine will be Ya'jooj and Ma'jooj while you will be the Jannati."' (i.e. your numbers in relation to them will be one in a thousand).

"Allah Ta'ala divided mankind into ten parts. Nine-tenths constitute Ya'jooj and Ma'jooj while the remaining tenths constitute the rest of mankind."
Hadhrat Zainab bint Jahsh (R.A.) says: "...once Rasulullah (Sallallahu Alayhi Wassallam) awoke from such a sleep that his face was red and these words were on his tongue: 'There is none worthy of worship except Allah. Destruction is upon the Arabs on account of the evil which has come close to them. Today a hole as big as this has opened up in the wall of Ya'jooj and Ma'jooj.' ..and Rasulullah (Sallallahu Alayhi Wasallam) indicated the size of the hole forming a ring with his index finger and thumb."

Hadhrat Abu Hurairah (R.A.) narrates that every day Ya'jooj and Ma'jooj break (dig) through the wall erected by Zul Qarnain (A.S.) until they reach the end of it to that extent that they can actually see the light on the other side. They then return (home) saying that 'We will break through tomorrow.' But Allah Ta'ala causes the wall to revert to its original thickness and the next day they start digging through the wall all over again, and this process continues each day until as long as Allah wills them to remain imprisoned. When Allah wishes them to be released, then at the end of the day they will say, "If Allah wills, tomorrow we will break through." The following day they will find the wall as they had left it the previous day (i.e. it will not have returned to its original state) and after breaking the remaining part of it they will emerge."

May Allah protect us and make us worthy of Paradise.